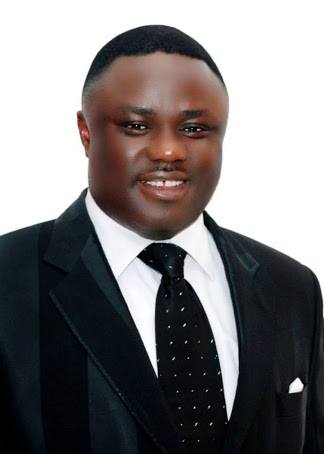 Cross River State governor, Senator Ben Ayade, will on September 10 be honoured by the Hollywood Weekly Magazine Film Festival with an Image Award in recognition of his pragmatic leadership and developmental strides, the Governor will also be the first African Governor to grace the cover of Hollywood Weekly magazine.

The presentation of the Image Award which is the magazine’s highest category award is scheduled to hold at the iconic Nokia Centre, Los Angeles during the annual Hollywood Weekly Magazine Film Festival.

Organisers of the festival led by the Publisher, Mr. Prather Jackson, who disclosed this in a letter to Governor Ayade said the governor deserved the award.

“We are impressed by Governor Ben Ayade’s great works which include Callywood Film Industry, the superhighway, monorail, Carnival Calabar and most overwhelmingly, the Calabar Garment factory which is said to be the largest in Africa,” said Jackson.

“Governor Ayade’s incorporation of Callywood film industry and appointment of Turning Point film producer Egor Efiok to run is of immense joy to us. It is in line with what we do over here and we are looking forward to collaborations and to visit Calabar to cover the making of first Callywood film.”

The award is coming few weeks after the state government announced the establishment of its own film industry known as Callywood.

Commenting on the perception of the state’s image outside the country, the publisher said: “We also understand that Governor Ayade is publicly rated as the performing governor in Nigeria and HWMFF is truly honoured to have him as our special guest of honour.”

Offering insight into the award, Jackson disclosed that: “We will feature everything in our special film festival magazine edition with Governor Ayade on the cover holding the Image Award. We envision that this would garner more general interest in Governor Ayade, who doubles as the Commissioner of Culture and Tourism and the Governor of Cross River State.”