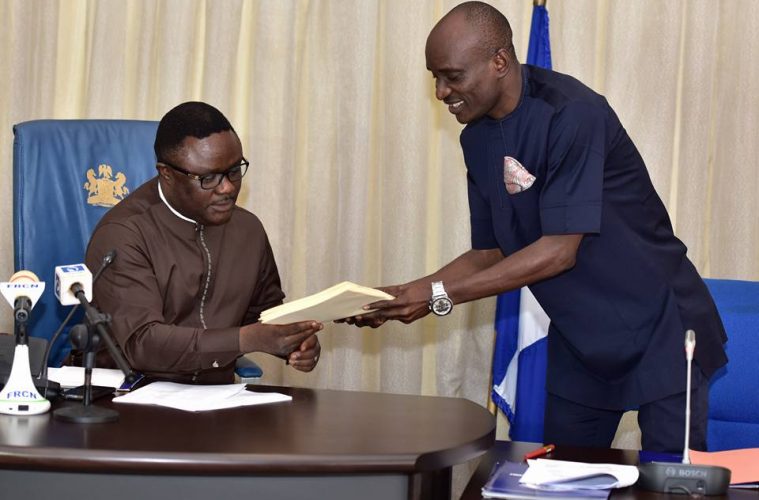 Christened “Budget of Infinite Transposition”, the 2017 Appropriation Bill, also incorporates an additional N406 billion for medium term expenditure framework to carter for capital projects covering 2017, 2018 and 2019 fiscal years. This brings the sum total of the budget to N707 billion.

Speaking while signing the budget into law, at the state executive council chamber, Calabar,  Ayade stated: “It is a budget that has an infinity clause which stretches beyond 2017 and saves us the agony of continuous planning and re-strategizing.”

The governor noted that “this year is a year of action because our spirit is desperately determined to make a difference.”

According to him, “The energy that is expected to characterize 2017 budget is to drive the very core of the needs of our people which therefore defines the ambition and the level of weight that has got the state into an epoch budget of 707 billion.”

He maintained that the budget is one of infinite transposition which “believes in the infinity of dreams, capacity and intellect. It is a budget that believes also that budgeting and expectations of your pocket limit your aspirations and dreams and therefore, the new budgeting concept believes in deficit budgeting because it has tremendous advantages.” Ayade who noted that “When you budget beyond your carrying capacities and physical realities, it allows your soul to lip into quantum height to be able to drive with the energy that must free the state from pains and agony, further stressed: “Normally, this deficit budget mechanism is applicable in times of war. When a nation is in a state of war, it puts the budget beyond reason because it allows room to warehouse anything that comes and create an ambition to drive everything possible to see that you overcome.”

While justifying the adoption of the new budgetary strategy, Ayade explained that “the economic situation we find ourselves as a nation requires us to carryout such huge thinking and heavy planning. 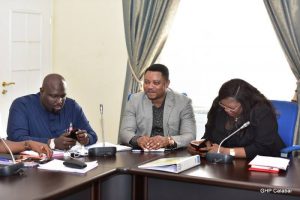 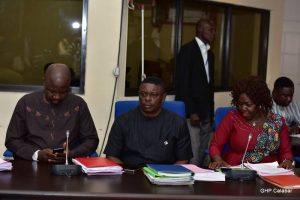 “So, the budget strategy we have adopted is to focus on all our investments at this particular time, stretching from our garment factory, the pharmaceutical factory, rice city, banana plantation
investment, the cocoa processing facility, rice mill and other huge investment outlays that have short gestation period across the state, bearing in mind the huge inflows that will come to us at the end of
the day that will decouple us from federation allocation.”

Governor Ayade who thanked President Muhammadu Buhari for believing in the industrialization drive of his administration, said “the vision of the government is one that has the capacity to take the nation out of recession with the actualization of the proposed superhighway and Bakassi deep seaport which gives us the hope that in terms of challenge, the President has a responsibility to give a budget
support.”

Throwing a challenge to deliver on transforming of the state, the governor quipped: “At the close of our first term in office, if we have not made a difference, then we have no moral right to go before
our people to seek re-election. I will not offer myself if I have not convinced my self that I have done enough.”