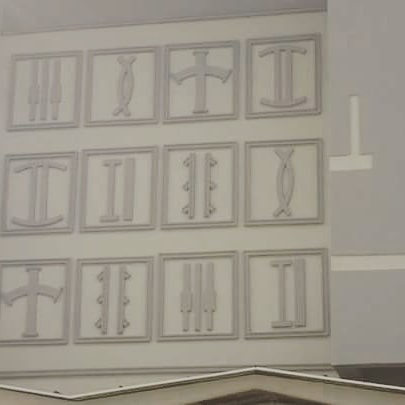 A first Generation Bank, Guarantee Trust Bank, GTB is opening a new branch in Calabar along Marian Road, but that is partly the news, the bank known for its use of any creative means to decorate its usually fenceless but beautiful banking halls have this time employed the Nsibidi symbols for the external decoration of its new branch.

The new branch of the bank which is adjacent the Akim Army Barracks has the beautifully crafted Nsibidi inscription on its front wall, gloriously welcoming customers to the bank and greeting passerby’s alike.

The Nsibidi symbols, an over century old system of writing and symbols is indigenous to the Efiks and other groups indigent in most Southern Nigeria.

The symbols were also used in the record breaking movie Black Panther.

See what Cross riverians are saying about it: