Happy Birthday To His Excellency Sen. Liyel Imoke As He Clocks 53 Today 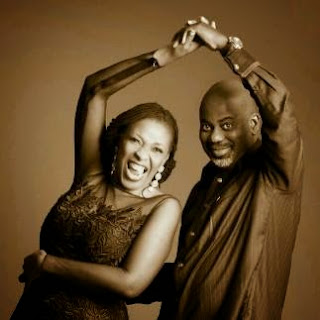 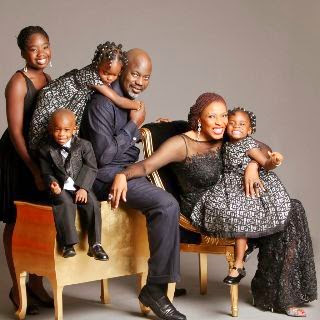 Once every year, somebody must remember his birthday. Some persons celebrate theirs in a majestic style, while others just think over it.For us in Cross River State, Our amiable governor Sen. Liyel Imoke clocks 53 today. And activities have been gearing up as friends and well-wishers within and outside the state are set with activities lined up to give his Excellency a memorable last birthday celebration in Office as Governor of Cross River State.For the Imoke immediate family, 10th of July every year is a remarkable day as the governors birthday coincides with his daughter Ledal and immediate younger brother Arch. Efa birthdays.Over the past few days, the state owned radio and tv stations have been flooded with goodwill and congratulatory messages to celebration his Excellency's 53rd Birthday.His Profile:Born on July 10th, 1961 at the University College Hospital Ibadan – in the then Western Region of Nigeria into a family of Doctor Samuel Imoke, father; and Mrs. Comfort Imoke, nee Imoukhede, mother, both late.Liyel Imoke had his early education in a number of primary schools, Sancta Maria Primary School, Enugu, Ireti Primary School, Lagos and Government
Primary School, Itigidi, where he obtained his First School Leaving Certificate (FSLC). In 1973, he
entered Mary Knoll College, Okuku, Ogoja, for his secondary education, which he later completed as a
member of the pioneer class of 1977 at the Federal Government College Enugu earning his West African School Certificate (WASC).Subsequently, Liyel was enrolled for a Bachelors Degree in International Relations (Major) and Economics (Minora) at the University of Maryland,
College Pak in the United Stats. He graduated in 1982, and went on to study Law at the University of
Buckingham, England, earning and LLB degree in 1985. Imoke went on to pursue a Masters in Law at the American University in Washington, DC. He completed his legal training at the Nigeria Law School Lagos in 1988. After law practices in Washington DC and Lagos, Imoke ventured into business, with interests in oil and gas, construction, communication, merchandizing and management
consultancy. As his deftness as a technocrat evolved, circumstance, conviction and destiny compelled him into politics. In 1992, aged 30, he was elected a Senator of the Federal Republic of
Nigeria, becoming the youngest legislator in the history of the Senate.Senator Liyel Imoke political credentials were substantiated and he was thrust to national prominence when he was appointed a Special Adviser on Public Utilities by President Olusegun
Obasanjo in 1999. He also served as executive Chairman of the Special Board charged with
responsibility for the winding down of Oil Minerals Producing Areas Development Commission, OMPADEC. He also served as Chairman of Technical
Board of the National Electricity infrastructure to deliver 4,000 MW of electricity, a feat that was accomplished and has not been surpassed to date.In July 2003, Senator Imoke was appointed Nigeria's Minister of Power and Steel at a point, doubling as Minister of Education. As Minister of
Power and Steel, Imoke implemented
comprehensive refers in the power sector including the management of the passage of the Electric Power Sector Reform Bill in 2005, which resulted in
the promulgation of the Nigerian POWER Sector Reform Act of 2005, and consequentially, led to the established of the Nigerian Energy Regulatory
Commission (NERC), the Rural Electrification Agency (REA) and the unbundling of the National Electric
Power Authority (NEPA). Also under Imoke's leadership, the ministry devised, and began the
implementation of a 25-year national energy development plan, embarking on the largest power programme in the world at the time the National Integrated Power Project (NIPP).Senator Imoke was elected Governor of Cross River State on April 14, 2007, in a landslide. An Election Appeal Tribunal annulled that election in July 2008,
which necessitated a re-run on August 23rd of the same year. Governor Imoke's previous victory was validated as he won, again with a landslide.Governor Liyel Imoke has received many awards, including the This Day Award as Best Governor in Tourism Development for 1 2008 and was recently announced the winner of the prestigious Zik of Africa's Foundation Annual Award for ruler transformation and good governance for the year,
2013 and so many other Awards to his credit.Imoke was also conferred Doctor of Laws (LL.D) Honoris Causa by Imo State University in 2012. He is a member of the Nigeria Bar Association, honourary Fellow of the Nigeria Society of
Engineers, Fellow of the Institute of Public Administration, amongst others.He is married to Mrs. Obioma Liyel Imoke, herself a lawyer, business and political leader, and a champion for children and women's rights. Their
marriage is blessed with children.Happy Birthday to this fine gentleman, politician par excellence – Courtesy of www.calabarblog.com