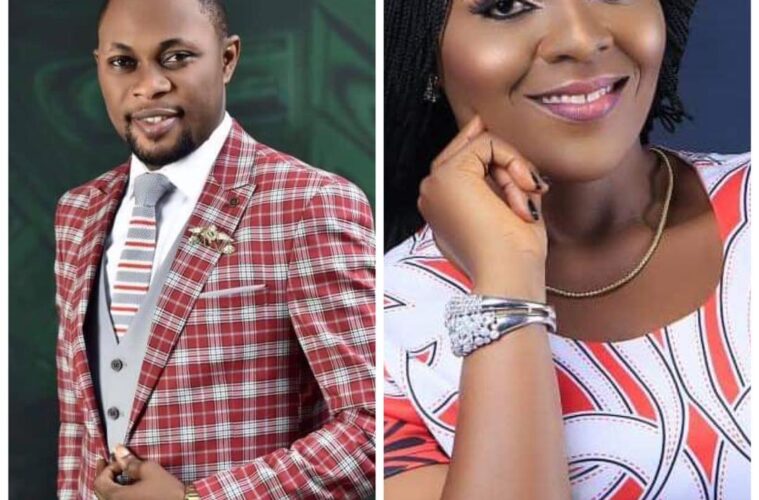 Police interim investigation has vindicated Pastor Bassey Udosen of Message Point Assembly of N5million claim by Helen Isamoh, who is the SSA to Gov. Ben Ayade on Gender and Development.

In a report signed by ASP Igri Ewa, the O/C Public Complaint Bureau, State Police Headquarters Calabar, the report vindicated Pastor Udosen of the allegation, thereby asking Engr. Orok John, the agent of Russell Investment, an online trading platform with headquarters in America to pay back Helen Isamoh the N5million.

Helen Isamoh had earlier petitioned Pastor Bassey Udosen and Orok John, alleging that they both collected N5million from her under false pretence.

But, the police investigation viewed the matter as a business investment.

The police report said. “The second suspect, Orok John, admitted collecting five million from the complainant to invest in the business, that he never gave any kobo to the first suspect-Bassey Udosen.

In a chat with newsmen, Pastor Udosen said he has known Helen for almost four years because she usually come to his church for prayers and counselling.

He said that he has never been into any marketing business before, but as a Pastor, he has congregation members who are into different fields of human endeavour.

He explained that in 2017, Helen approached him and said she is into networking and would like to introduce him into “Micheno”.

“Based on how I trusted her, I decided to investment because she had told me that all investors normally get 50% of their investment in return.

“I gave her N9million to invest. When she did the investment, she came out to tell me that the money has crashed, therefore I need to forget about the money.

“I told her that I needed to use the money for something and she was able to raise N5million for me. I knew she was lieing because she did not invest the money.

“I discovered that she used Micheno to collect the money from me. I collected N5million from her and she promised to pay me the balance of N4million in 2018 and till date, she hasn’t paid me the money, and I didn’t want to start having problems with her.

“At the presence of the police, they asked her if she had introduced me into Micheno and if she was also owing me N4million, she admitted.

“In February 2020, one member of my Church called Ephraim, told me about MBA investment and I quickly introduce Helen into it and she invested over N9million. As we speak, Helen makes nothing less than N1million from that business I intriduced her into every month.

“She has not come out to say anything on this because she is still collecting money from there every month. I want to make it clear here that I dont have any business with Helen on any online marketing platform anymore.

“When Engr. Orok, a member of my church told me about the Russell investment, I gave him N1.5million to invest for me,” he said.

Pastor Bassey further said that he had to introduce Helen to Orok so that she can also invest in Russell Investment since she was into online business.

According to him, Helen first invested N400,000 with Orok in Russell Investment and he was aware of the payment.

“Aside the N400,000, I didn’t know of any other transaction again that happened between Orok and Helen. She kept telling me how she was benefitting.

“One month after, Orok called me and said that there was a challenge because he could no longer withdraw money from the account.

“I called both Helen and Orok to my office and I asked Orok to explain what happen, he then opened his phone and showed us all that transpired. I was worried because I have invested N4.5million too.

“Orok explained to us that they were doing maintenance and after 14 says, nothing happened. It was then that I called her again so that we can see how to handle the matter, the only thing I saw was that Helen went ahead and brought police to invite me for questioning,” he said.

Pastor Bassey maintained that Helen threatened his life and boasted on how she was going to use the social media to run him down in Cross River State because he is a pastor.

He however, urged Helen to tell the public the truth and stop blackmailing his name and dragging his church into unnecessary social media fight.

Speaking also, Orok corroborated Pastor Bassey’s statement, saying that Helen was dealing directly with him and not the pastor.

Orok said that he had told Helen in the presence of the Police and his lawyer that he will be paying her N200,000 monthly until the N5million is exhausted.

He said that after showing her the transaction which was no longer fruitful for withdrawal, he pleaded with Helen to agree with him on a repayment plan for the N5million, but she refused and said she wanted the cash in bulk.