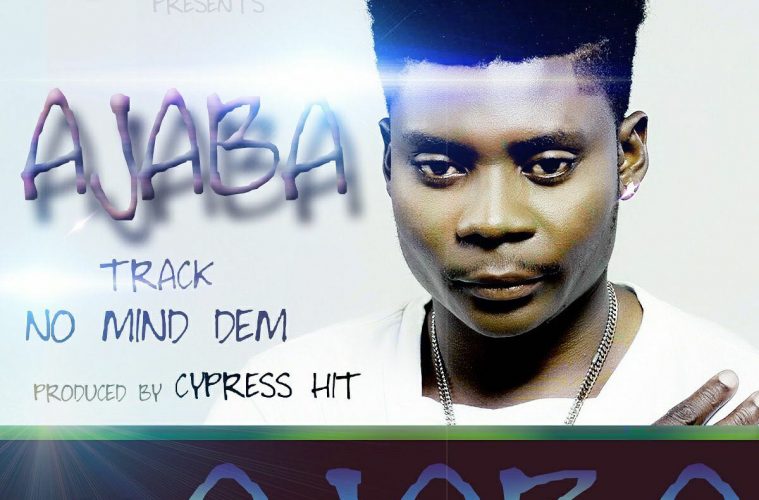 HIT FM VS REAL P, ‘SOME OF THE STAFF IN HIT FM ARE PUTTING ON MASK’ – REAL PEE AJABA

Cross River born fast rising Afro pop act Real Pee Ajaba has called out Hit FM Calabar OAP’s in what he described as an ongoing ‘beef’ which has led to the radio station’s refusal to play his songs.

In a stern but polite post on Facebook, Real Pee addresses the issue stating that he has no problem with Hit FM Calabar.

“I don’t have problem with Hit FM

It’s So Funny When Some People Who Dont Know Your Story Start Fighting You For Nothing, some Of The Staff In Hit FM Dont Have A Choice Than To Take Me As I Am, i Know A Prophet Dont Have Any Value Or Respect In His Home Town But Am Putting It To Some Of You Spoiling My Name That Dont Know How I Build It To This Point, the Sacrifice I’ve Made, the Pains I Have Gone Through And Still Going Through When I Was In calabar before i left for lagos, God Will Judge You And I. To tell you the truth you can’t stop reggae and you can’t even low the volume. Some of the staff in hit FM are putting on mask, remember some of you were working in CRBC calabar hit FM came you all ran to hit FM and start condemning CRBC I will not be surprised if another radio station comes in you guys ran there and start condemning hit FM. Here me, God will never ask you for the names of people he wants to bless am just a guy that came out from no where with so much hope, drive and believe in the gift of God in me heading to somewhere I can’t be limited with your beef, playing my songs or not my songs will still be heard around the world.  Time and chance is equal to opportunity am not in a hurry but remember when you point one finger at someone  others are facing  you, He without sin should be the first to cast the stone. I’ve complained this to the CEO of hit FM and even have a witness  who confessed to the managing director on how one of their staff deleted  my songs from the system Reasons he was unable to explain, just unnecessary hatred  and envy polluting other people’s mind against me, WHEE ARE WE GOING FROM HERE. i know the heart of men is full of wickedness and will never stop fighting until I get to the top, so I’m urging all the entertainers irrespective of your field not to put their hope on man but believe in God and yourself and see every obstacle around you as a stepping stone. my dear Hit FM STAFFS I will not stop where you think I will stop so keep your eyes open and see me coming through. No beef  just speaking my mind as usual as I sing my songs reality. REAL PEE AJABA CROSS RIVER NUMBER ONE. IMPERFECT ME”