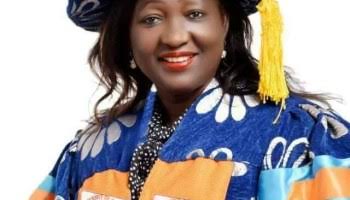 971 views
News0 Comments971 views 13 min read
The House of Representatives Committee on public petition has directed the Vice Chancellor of the University of Calabar, Prof. Florence Obi to take steps in ensuring that lecturers who were engaged in 2019 and 2020 are payrolled for their monthly emoluments.
Prof. Obi, the Vice Chancellor who appeared before the Committee on public relations through a summon signed by the Chairman of the committee, Hon. Jerry Alagboso was directed by the Committee to ensure everyone employed by her predecessor is paid their salaries.
The petition that necessitated the Summon was sent in by affected Lecturers of the University engaged in 2019/2020 who are yet to be paid even after 27 months of rendering services to the Institution.
Representating the affected Lecturers, Ikpat Esq., Mr Bamidele, Mr Yakubu and Miss Caroline expressed their plight stating clearly that they were duly employed by the immediate past administration of the university, who had at the time, obtained approval for the said employment and had so employed these Academic Staffers.
The Petitioners further stated that they have since their engagement and upon completion of documentation been carrying out their duties diligently; duties that include: lecturing, administering and supervising examinations, marking scripts, supervising projects; including graduated students as well as post-graduate students.
The petition also stated that the University management has full knowlegde of these duties being performed by this set of unpaid employees.
According to the petitioner, the failure or lack of interest of the University Management to take adequate steps to ensure their payment has resulted in untold hardship, especially with the hard time the country is going through.
The Vice Chancellor in her defense stated that
1. The employment of the petitioner took place before she assumed office as the Vice Chancellor and had glaring procedural bridges.
However, reactions from the above is opined by some Staff of the University as sounding empty, as the office of the Vice Chancellor is an administrative governing office and therefore continuous.
As an Administration enjoys the Wins, projects, strides, etc of a past Administration; it takes alongside its liabilities as well.
2. There was no clearance from the budget office hence no monetary backing to the employment. She also referenced the need for validation by the Head of Civil Service and the personnel cost of the university.
In the light of the forgoing, concerned Academic Staff are at this point wondering why the Vice Chancellor is taking this amount of time to revalidate the said approval since resuming office. They also wonder if the personnel cost of the university is no longer on actual basis.
3. That the majority of Academic staff are Graduate Assistants and Assistant Lecturers who are only in training and not Lecturers.
The Vice Chancellor, according to Staff who pleaded anonymity seems to have suddenly forgotten how she started off in the same university before becoming a Professor.
The usefulness of Graduate Assistants and Assistant Lecturers cannot be overemphasized, as they are responsible for classroom management, they serve as Instructional Assistants and provide extra attention to students.
A critical analysis by members of the public reveals that the Response of the Vice Chancellor provides no tangible reason why lecturers who are carrying out duties diligently will be kept for such a long duration without pay, “…for the labourer is worthy of his hire”.
The hope of these Academic Staff lies on the empathy expressed by the Committee members and the assurance that the issue will be resolved and payment effected soonest.
Affected Academic Staff are at this point praying Madam Vice Chancellor to be the mother she ought to be, holding her office in equity and also take adequate steps to payrolling her workers, “…for life is not easy with us, we have been suffering and smiling” they said.
Join the Conversation!