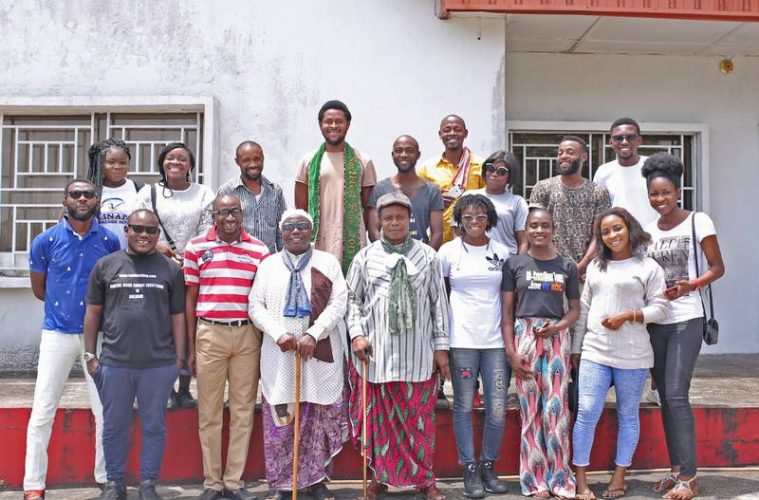 HOW WE EXPLORED OLD CALABAR ON MAY DAY [SEE PICTURES]

It goes without saying that Calabar still remains the tourism capital of Nigeria stands and has attracted thousands of tourists from all over the world to this beautiful ancient city.

That was why when the Commissioner of Culture and Tourism, Honorable Eric Anderson decided to lead a team of tour operators, media and friends on a tour around old Calabar, It gave so many people something to look out for, especially the workers who were on holiday and needed to cool off..

Cross River State as a whole boasts of unique tourist sites that will leave you in awe and make your stay a memorable one.

Kicking off from the Millennium Park, the tour bus with tourism expert, Ubong Ekpe as tour guide headed to Old Calabar where they visited Duke Town Presbyterian Church, the oldest church in Nigeria, established by the Presbyterian missionaries upon arrival to Calabar in the early 19th century and Duke Town School, whose history dates back to 1846, then the Ekpe Lodge, a religious and cultural institution among the Efik people with very close history with early Christianity in the Efik Kingdom, the Calabar Court, first appeal court established in Calabar in 1850.

We had a warm reception at the Palace of the Obong of Calabar, the throne has a history of over 600 years migrating from the Middle East, and then we zoomed off to the Craft Village, Tinapa Business Resort for team bonding activities.

The tour which rounded off at Marina Resort with the presence of the amiable and digital Governor of the state, His Excellency, Prof Ben Ayade was filled with so much merriment as there was enough to eat and drink and it left the tourists asking for more.