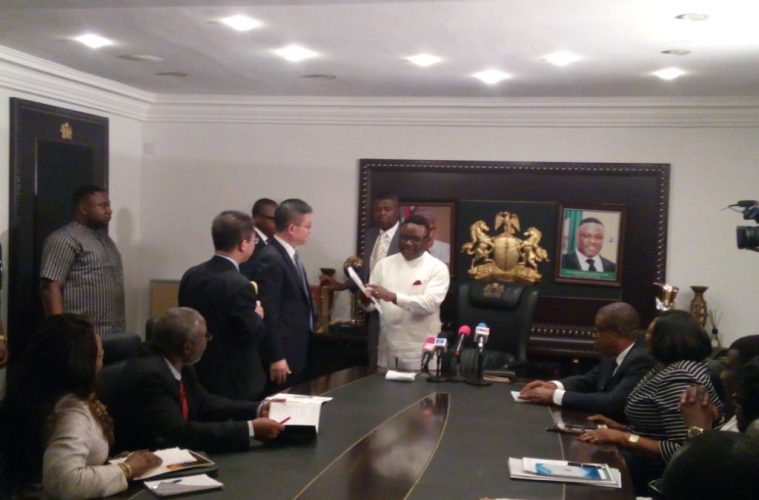 The state governor, Sen. Ben Ayade, hinted this after the contract was signed saying that the execution of the contract will herald the full digitalization of Calabar and the entire state.

The governor, while commending the Chinese firm for being favourably disposed to doing business with the state, expressed gratitude to the company for offering to sponsor some aspects of the 2016 Carnival Calabar.

He said, “This will be the first time that data would be provided from the cloud. With this digital cloud, it will offer opportunity to get information with ease and comfort, including boosting research and academic works.

“The project is in partnership with Huawei of China, the equipment manufacturer, with Sino Infrastructure Development Company Limited as the technical partner in Nigeria for the project”.

Explaining further, the governor said, “This partnership will provide cheap access to connectivity; Cross Riverians will know that Huawei is bringing the best technology to us. They are a known name in the world and a pace setter in the industry.

“Cross River deserves only the best which they have to offer. The whole state is going digital as the Cross River super highway will have super-connectivity.