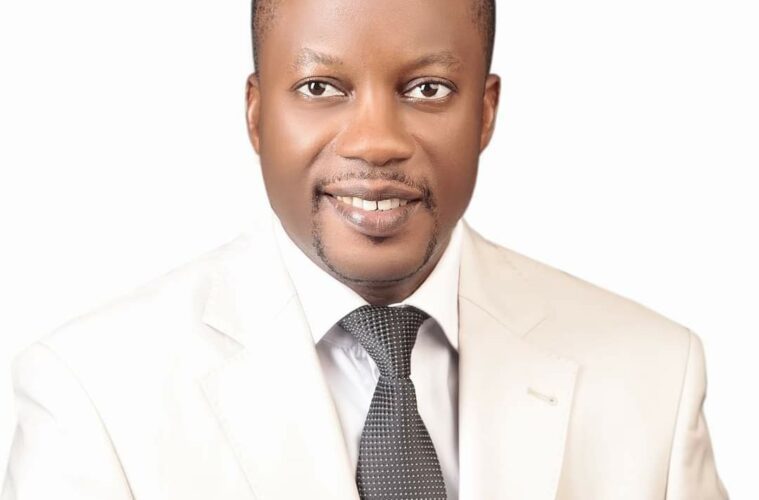 I Am An Older Youth, And A Younger Elder; I Come As The Bridge – DECLARES Brown UBOM, as he sets to succeed AYADE

Top Ayade Aide, Brown UBOM, has vowed to sustain legacies, after offering himself up for service as Governor, in 2023. This further swells the number of Political heavy weights, indicating interest for the plum job, at The Peregrino House.

In a well-attended Press Conference held on Thursday March 31, 2022, in Calabar, the Cross River Capital, the Gubernatorial Contender averred:

”It is Public Secret that the incumbent Governor, Professor Benedict Ayade has sailed Cross River, successfully, across the river of tardy advancement, and gone ahead to set our dear State on a trajectory that can hardly be equaled, if the pace is sustained”.

On the 2023 General Elections, he maintained that, such a crucial time requires Cross Riverians to throw up a Leader with minimal or no clash of interests.

“We need no Lackey, seemingly fastened to the apron-string of another Governor, serving or former, and certainly no Serial Destiny Mortgagors.

We must not take this for granted, if we do not want to grumble for Forty-eight oncoming months”.

“It is Public Secret that the incumbent Governor, Professor Benedict Ayade has sailed Cross River, successfully, across the river of tardy advancementand set our dear State on a trajectory that can hardly be equaled, if the pace
is sustained.”

Speaking to newsmen, UBOM revealed:
“Right about now, The Old guard is hovering, the Youths are gathering, A clash is imminent. I am an older Youth, And a younger Elder, I come as The Bridge.”

He states, strongly, that he stands firmly, as that dependable Bridge we desperately need, between the Youth and the Elders. He assures that he already positions as the go-between, An agent of stability between the divide.

In his words, “I served this Administration as Senior Aide to Governor. In the capacity of SA on Agriculture, I appreciate, first hand, the Revolution that has been unleashed on that sector, and indeed, numerous others. Our young Population is a huge asset to us. They must continue to get ushered even more qualitative engagements, to adequately curtail restiveness.

“Our Elders, a blessing of humongous proportions, would be promptly paid their due, as well as several other Social Safety-net that would be availed them, very regularly, to support their post-service trauma management.

“The Civil Service would get full-blown attention, unimaginably. So many Cross Riverians, who have been unengaged, would be brought in and the Service would wear a whole new face of professionalism.

“The Revolution coming on Infrastructure is unprecedented. Same focus shall be replicated on Education, Health, Environment, Housing, Security(where measures would be firmed up and structures deeply rooted, for activities of unpatriotic elements to be met with stiff resistance), etc.

“Quality roads would link up all factories on ground, to ease coordination, for better output. This is one area our Government would look squarely.

“And Cross Riverians with relevant capacity, shall be handed the thirty-eight Factories spread across our eighteen Local Governments, to run, such that, an Affiong, an Arikpo, a Lishani or an Agba, should not need to make a hundred-mile trip from home, just to secure the job of their dream

“Right about now, The Old guard is hovering,
The Youth is gathering, A clash is imminent.
I am an older Youth, And a younger Elder.
I come as The Bridge, Extoling the virtues of His Excellency,

“We take quality time to laud Governor Ayade, over his rare display of gallantry, foresight and profundity, at dexterously socketing the erstwhile opposition Cross River to the Centre of Governance, at a time it most mattered, to better magnet Federal presence, especially in Buhari’s Infrastructural Revolution, which has complemented Cross River’s own Revolution on Industrie. A singular move that has birthed incalculable benefit; flooding our almost side-lined State with full Federal attention”.

“The frontline Governorship Aspirant, however, cautioned “We must save our dear State from another round of ignominy, looming, after a seeming accidental eight-year hiatus, which turned out a divine masterstroke. This time would be worse We must not go back to Egypt
We must take this very seriously!”

Brown rounded off with assurances that, when he assumes Office, he shall build on the fantastic successes we’ve achieved in the past Seven years.
“We are coming, to not grab Power. Power would continue to reside with the people, in the letter, spirit and soul of Democracy. And we shall further lubricate our collective surge, by reordering our priorities, to adequately reflect their yearning…. We are here, to firm up our gains”.