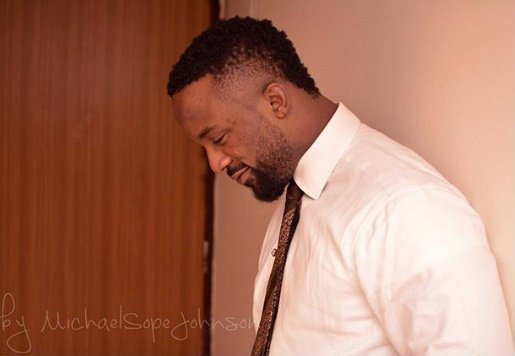 I COULD HAVE STARTED A RECORD LABEL BUT I SWALLOWED MY PRIDE, SAYS IYANYA

Iyanya Onoyom Mbuk, ‘Kukere’ singer, says he ingested a great deal of humble pie to leave Made Men Music Group and join Mavin Records, rather than set up an independent outfit.

The singer on Monday signed with Mavin to the surprise of fans and many in the music industry.

In an interview with TheCable Lifestyle, Iyanya revealed that the secret to the success of the Mavin family is that they work as a unit.

He said: “I’m so happy to be a part of the Mavins because they work as one. I now see why they’ve been very successful because everybody works as one.

“There’s nothing like this one came first or this one came second. There’s respect in the Mavins which I want to say a big shout out to Don Jazzy for. It’s a great family to be a part of.”

THE CHOICE: BUSINESS OR THE MUSIC

Months ago, on departing from MMMG, Iyanya announced that he would be setting up his own record label but this has not come to fruition.

He further explained why it may not materialise anytime soon.

“I co-owned Made Men, and to be honest with you, the whole underground work, all that logistics, all that pulling stuff together was Ubi which I will always respect him for,” said the singer.

“He did a great job, he worked really hard to make sure that we got to where we are.

He continued, “And I did my own part but me starting my own label now means that I have to be my own Ubi which, to be honest, it’s not very easy to mix business with the music.”

For Iyanya, walking from a label that he co-owned was not an easy decision. But for him, it was a necessary move.

“It’s not easy for anybody. The thing is, so many times you need to just let that pride go.

“Sometimes you just need to let it go. Sometimes just act like you didn’t even co-own it. Sometimes act like you’ve never even had a hit because I’m not trying to end this, I’m trying to create this.

“I’m 30 today so I’m trying to show people a new side of me. New music, new management, new fans, new everything. It’s not very easy to leave something that you worked hard for but at the end of the day, if you’re sure, If you are what you say you are, have no fear.”

“I believe God that the future is bright so that’s why I took that decision.”

He continued by shutting down rumors that there are ill-feelings between himself and his former label mates.

“I will never disrespect any of them. I continue to pray for my former label mates. We still talk, we will always be cool”, Iyanya added.