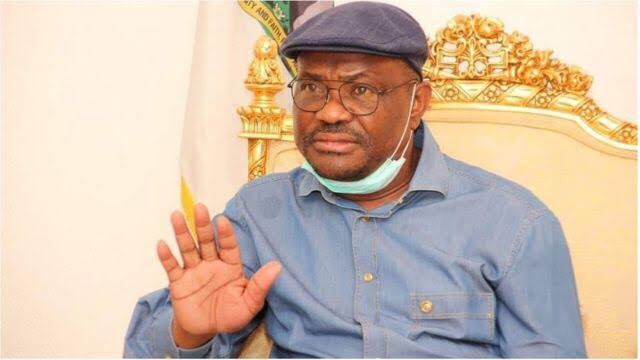 I WON’T IMPOSE ANY CANDIDATE ON CRS PEOPLE, I’M ONLY SUPPORTING THE PARTY TO BE STRONG IN OTHER TO RETURN TO POWER COME 2023~GOVERNOR WIKE

The governor of Rivers State His Excellency Barr Ezemo Nyesom Wike said, he won’t support any imposition of any candidate on the good people of Cross River State, neither is he planning to impose any as it’s been insinuated in some quarters.

Gov. Wike dropped the hint when he met with very critical stakeholders of the Cross River State chapter of the people’s democratic party PDP at the Abuja residence of Senator Liyel Imoke a forth night ago.

The governor requested that such a meeting be convened to clear gray areas frown at the incessant dropping of his name as consultations gathers momentum across the state.

Wike while making his remarks thanked the leaders for their individual efforts in making sure that the party remains strong despite the defection of the governor but expressed sadness on the negative headlines the party is making of late due to individuals governorship aspirations and zoning.

The Rivers State Governor reminded them that,the party will not make any meaningful progress going into the 2023 election with the kind of attitude the party in the state as well as aspirants are exhibiting, pointing out that Distinguished Senator Sandy Ojang Onor remains his friend but argued that,it’s not enough to impose him on the people as governor in 2023, the governor opined that he will abide and deliver whoever cross River State people bring as their choice candidate come 2023.

In the issue of zoning,the fiery and fearless performing Governor of Rivers State stated that,he won’t interfere with the internal state arrangement on zoning while urging the state party working committee to do the needful to avoid hitting the polity.

The meeting which was at the instance of the CRS Leader of the party Senator Liyel Imoke had other dignitories in attendance like,the state party Chairman,Barr Venatius Ikem, National Assembly members,guber aspirants as well as other notable stakeholders of the party saw aspirants making commitments to avoid anything that could hinder the chances of the party’s victory come 2023 as they pledged to work together devoid of using derogatory and inciting words against each other.