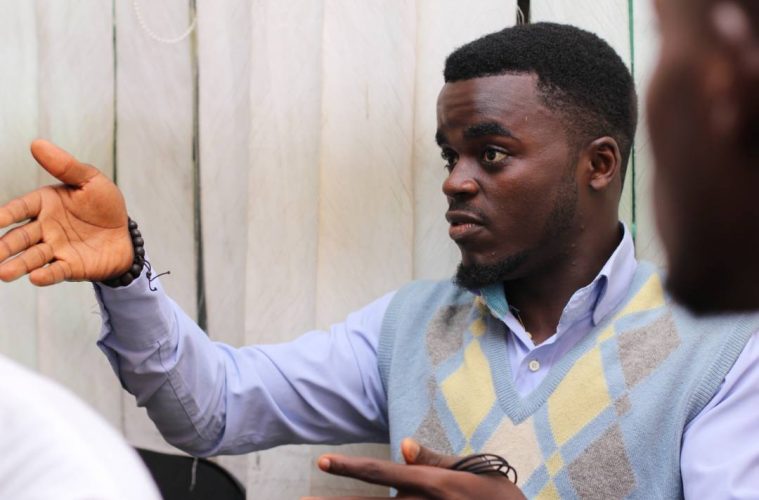 I WOULD PROBABLY BE ADVOCATING FOR WOMEN’S RIGHTS – CHILD RIGHTS ACTIVIST, JAMES OKINA

Okina while speaking at the 2nd edition of a Networking and HangOut Session organised by the Calabar Youth Council for Women’s Rights (CYCWR) stated that he grew up in an environment where he watched his mother physically and emotionally abused.

He said he is presently into so many things with his life, but could probably advocate for women’s rights.

“I grew up in an environment where i saw my mother physically and emotionally abused. May be I would probably be advocating for women’s rights, may be any time soon.

“I could do over a thousand things with my life if i ever want to,” the self ordained Street Priest said.

Okina who turns 19 next month got the search light beamed on him when he featured on BBC for the work he is doing in advocating for the rights of children, educating the public on child rights, and creating a safe space for children.

He aims to achieve this through Street Priests Incorporated, an NGO he founded in November 2014, which caters for the well being of street children in Calabar, capital of Cross River state.