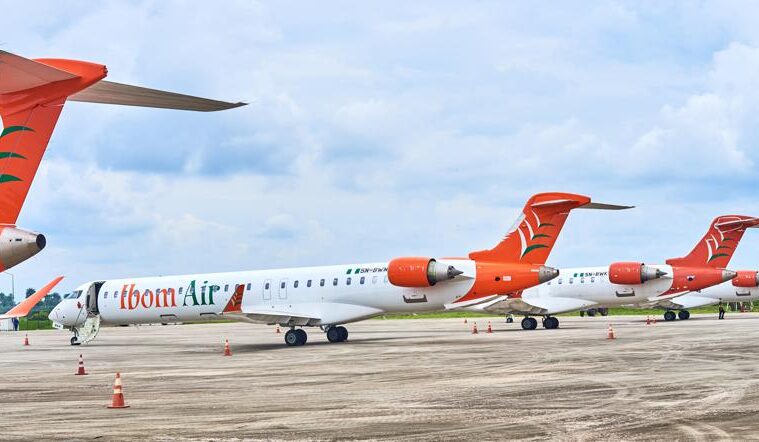 The start-up carrier began operations in June 2019 with funding from the government of Akwa Ibom, the country’s largest oil-producing state. Its network was grounded during the onset of the Covid-19 pandemic, but flights resumed in July and one of two new routes planned before the crisis has already been launched.

The airline’s next route will connect Lagos with another point in the south of the country, according to chief operating officer George Uriesi. He declined to name the city but ruled out Port Harcourt due to the risk of cannibalizing demand in Uyo.

He said the addition of a larger aircraft type will drive expansion across West Africa and Central Africa – and “maybe up to East Africa eventually” – but that long-haul flying is not in the business plan.

Before diversifying the fleet, Ibom Air will also launch cross-border operations with its existing aircraft.

“We will start with some of the nearby destinations like Accra [in Ghana], like Libreville in Gabon, like Douala in Cameroon,” Uriesi said, referring to outbound services from Lagos and Uyo.

“We will do that with the CRJs.”

Management’s long-term strategy is for Uyo to become a “semi-hub” offering one-stop connections from coastal Central African states to Lagos, Abuja and other points in West Africa. Inbound flows would primarily come from countries with poor connectivity, such as Equatorial Guinea, Gabon, Cameroon and São Tomé and Príncipe.

Ibom Air currently deploys a fleet of five 90-seat Bombardier CRJ900 regional jets. Plans for another two units have been put on hold until the impact of the Covid-19 crisis is better understood.

“We are busy reviewing our business plan now and waiting to see what kind of traction we get,” Uriesi affirmed. “We intend to grow our fleet of CRJ900s to ten, and we will then change to another, bigger aircraft type. We were going to get to ten in three years, but with Covid-19 only God knows what’s going to happen.”