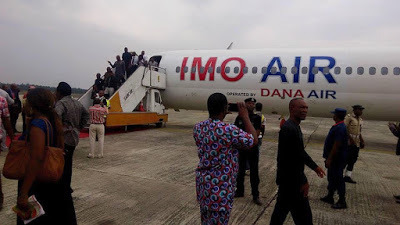 The Government of Cross River State led by his Excellency Prof. Ben Ayade has finalised plans to float its own airline as a boost to revenue and reduce dependence on federal government allocation. The state Government’s intervention was not limited to the airline float but also in maritime services.

Governor Ben Ayade speaking with news men said this decision was made to take advantage of the states huge tourism potentials and vast maritime resources by going into both airline and maritime services. Cally Air is expected to transport mainly tourists from across the country to tourist sites dotted across the state while the focus of the shipping line would be on cargo services particularly along the shoreline of the gulf of guinea.

He said that “Cross River State is only taking full advantage of its huge maritime resources by focusing on maritime trading particularly, cargo services by providing merchant vessels that will ply the Gulf of Guinea and provide services to countries along this shoreline. The governor added that in the 2017 budget, provisions have been made for merchant vessels as well as wharf landings that will provide support services for maritime businesses with Equatorial Guinea, Gabon, Cameroun and the stretch of the shoreline of the Gulf of guinea. “Our vessels are already berthing in Calabar as part of investment in 2017 because we are establishing business outlays in some West and Central African countries dealing mostly on petroleum products and because Cross River State is looking at an aggregate of driving an industrialised, business-like module for governance, soon, you will see us go into full time trading. That is why in our budget, we have budgeted about 14 billion Naira to expand investment in this direction to the Gambia,”stated the Governor.

The announcement of the completion of plans by the Cross River state government to float its own airline and maritime services came two days after the Gov. Rochas Okorocha led Imo state government announced receipt of its first aircraft to kick start its state owned commercial airline IMO Air.