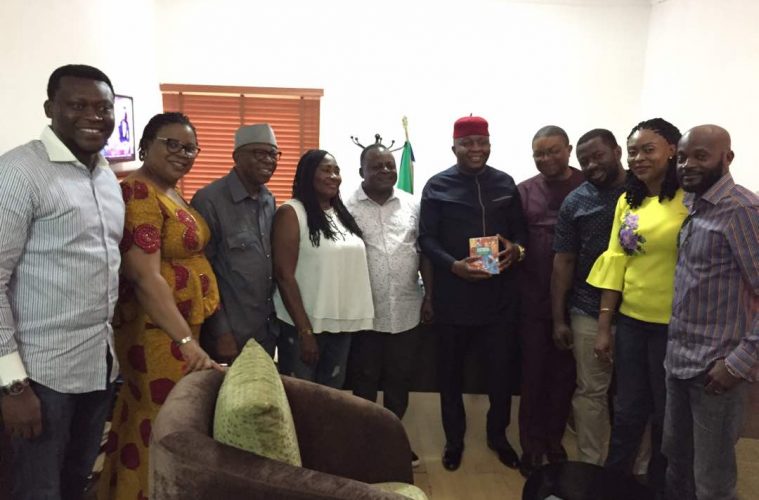 Based on the request of Governor Rochas Okorocha of Imo State, the state Government is set to send a contingent of 2000 persons to attend the Carnival Calabar 2017 and join the float as a non-competing band.

This was made known by the Deputy Speaker of the Imo State House of Assembly, Rt. Hon.Ugonna Ozurigbo and the Special Adviser on Culture, Hon. Paddy Obinna who paid a courtesy call to the Special Adviser Governor’s office/Events, Hon. Ken Aklah, Chairman, Carnival Commission, Mr Gabe Onah  and other members of the commission on Thursday 19th October 2017 at the governor’s office, Calabar.

The visitors were expressly sent by Governor Rochas Okorocha to Calabar to start fine tuning and ensuring that all arrangements are put in place for Imo state government to actively participate in the 2017 Carnival Calabar as a non-competing band with a record breaking number of 2000 proposed attendees from the state.

The Chairman, Cross River State Carnival Commission, Mr. Gabe Onah welcomed the guests and expressed delight in their keen interest to experience the carnival this year. He gave a brief history of the Carnival Calabar highlighting the new innovations and the future prospects and potential of the event. Also, he explained that only 5 bands compete for the prize money but other organized groups are also allowed as non-competing bands which is the category the Imo State government will take part in. The Deputy Speaker of Imo State house of Assembly thanked his hosts and commended Governor Ben Ayade for taking the Carnival to the world especially with the introduction of the International band carnival. The Imo State Carnival which has held 3 years in a row has a lot to learn from Calabar after attending this year, they also invited Cross River to participate in their carnival which will hold in April next year.

Mr. Ken Aklah, thanked the guests for all the accolades showered on the carnival pointing out that one of the most important attitude that makes the carnival tick is teamwork, adding that when everyone works in unison for the same goal, great results will always be achieved.

According to Aklah, when states start to share ideas and create ways to add value through cultural exchange this will go a long way in boosting, preserving and selling Nigeria’s rich heritage to the world of which Cross River State has begun to set the pace.