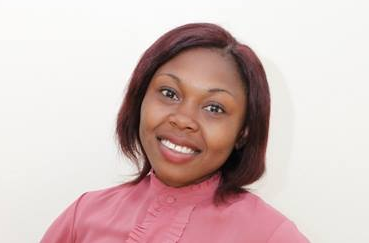 INTERNATIONAL YOUTH DAY 2017: BAKASSI ON MY MIND BY FRANK EDIMA

August 12 is recognized by the United Nations as International Youth Day.

It has been set aside to recognize the importance of youth inclusion in decision making.

As the entire world celebrate young people today, I reflect deeply on the theme: Youth Building Peace, what comes to my mind is one small creek where I was born and raised; Bakassi.

I may not be fully aware of the incidences that brought about the ceding of Bakassi to Cameroon as history may fail in its duty.

I have known Bakassi as a community that hosts a lot of lucrative businesses. I have also known Bakassi for its unity amongst their leaders and indigenes.

During elections, for instance, a candidate was unanimously chosen to the acceptance of the people.

We saw good roads and we also saw leaders who were selfless for the betterment of their communities.

With the ceding of Bakassi to Cameroon, all of these changed to the detriment of the poor masses.

The road that links Bakassi to Akpabuyo now cries for mercy as responsible indigenes now take up arms for self defence.

A lot of businesses now go extinct because of the high exodus of responsible citizens who will not close their eyes to insecurity.

Crime rate has escalated because of inadequate provision of social amenities. Bakassi now has become synonymous to insecurity.

These and many more have turned the once peaceful community to a violent one. More than any other community in my estimation.

As young people gather to foster peace building around the world, may I draw their attention to the plight of the Bakassi people.

For long now, an average Bakassi person (both returnee and indigenes) struggles between hopelessness and helplessness.

Their struggles are limitless, from their poor road networks to insecurity. From untapped natural resources to untapped human potentials.

For long too, they have been waiting on the government, traditional leaders or political leaders to bring the cakes home but there still remain shattered dreams.

These shattered dreams result in so many untold stories of militancy, increased crime rate, poverty and ignorance.

I write to remind the young people of Bakassi and around the world that we can no longer wait for things to happen.

The United Nations has given us the audacity to build peace and we must make it happen. Carrying arms and cooking violence in our communities should be far from us.

As much as we can, we will appreciate and respect other people’s opinions and values. We will hype our moral values and create a violence free environment.

We will no longer ask what our country can do for us. According to John F. Kennedy, former President of the United States of America, we will now begin to ask what we can do for our country.

To the Bakassi young people, do not ask when you will get bank alert for the conditional cash transfer, rather ask what you can do to bring prosperity and growth to your people.

I have searched round and I realise that the only solution to the Bakassi unfortunate plight is unity especially amongst the youth.

I see young people gathering in ‘joints’ to defend their leaders. They even quarrel and fight for them.

May I also tell these young people that the people they defend, quarrel and fight for are best paddies in Calabar, Lagos, Abuja, Dubai and other parts of the world where they meet.

If our leaders love themselves so much so that they are not shaken by political circumstances, why can’t we, young people, love ourselves?

For the record, I am currently not a card carrying member of any political party nor a follower of any traditional group so that I am not judged by these factors.

I am only a concerned citizen and a passionate humanitarian.

The United Nations’ theme for this year’s International Youth Day, #YouthBuildingPeace is timely.

It is high time we came together as young people and be united in purpose and that single purpose shall be ‘Building Peace’ in our communities, in Nigeria, in Africa and in the entire world.

Frank Edima is a journalist, CrossRiverWatch correspondent and the Director, Care Mentors. She writes from Bakassi