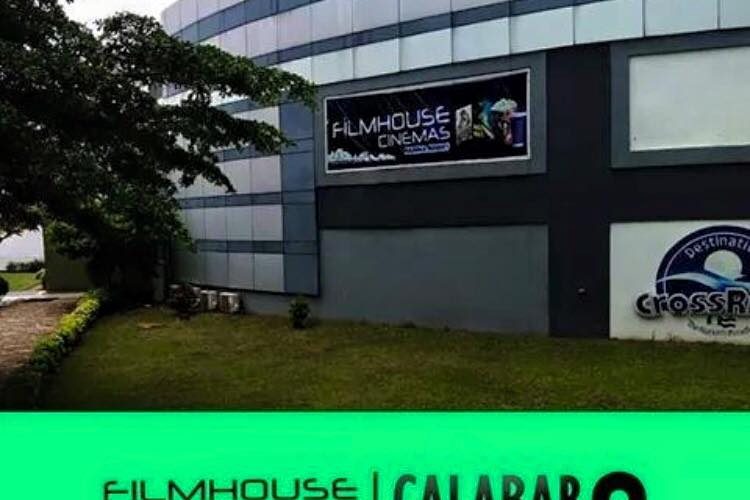 The release of Hollywood blockbuster, Black Panther led to the realisation for movie fans in Nigeria’s port city of Calabar, the Cross River State capital, that the only cinema existing in that part of the country silently had stopped functioning.

It is unclear exactly when the operators of the cinema; Filmhouse, decided to pack up, but, a joint investigation by CrossRiverWatch and CalabarBlog has revealed that activities by some officials in the Cross River State Tourism cluster, led to the closure.

The cinema, located inside the Marina Resort, was commissioned by former governor Liyel Imoke and became the center of attraction to the resort. Since its departure, the resort has seen dwindling fortunes.

Now, findings reveal that the resort has been operated by two successive hospitality firms in a concession arrangement and, following the exit of Pro Leisure in 2014, a new firm, Tandem Integrated Services, took over in a five year deal billed to end in 2019.

The details of this deal remain shrouded in secrecy as the Cross River State Tourism Bureau denied access to the documents, while management staff of Tandem refused sharing information too.

However, Filmhouse entered into an agreement with Tandem which saw them pay one million Naira (N1,000,000) per month to the operator for utilities including electricity, water and sanitation.

This was referred to as a service charge, an aide to former Governor Liyel Imoke who was instrumental to bringing in Filmhouse said.

He blamed the state’s tourism bureau for the departure of Filmhouse, as there were some sharp practices that made the operators stop investing in new equipment, including projectors that play digitally encrypted movies. As a result, the cinema was no longer receiving the latest Hollywood movies and hit Nollywood films like My Wife & I and The Wedding Party 2, which were available at all the other Filmhouse cinemas across Nigeria.

When asked what his view in the situation at the resort was, he said that: “It is not a situation, there is an agreement between Filmhouse and the state government, represented by the Tourism Bureau. Under the agreement, Filmhouse is obligated to pay a sum to the government each month – something that they always complied with. Separately, they pay Tandem, or whoever provides them with utilities at the Marina Resort, a service charge and in return they get electricity, water and cleaning of the surrounding environment.

“The problem that has arisen is that the Tourism Bureau like all agencies in the Ayade administration, is desperate for income and tried to get Filmhouse to pay the service charge to them, without being able to explain who would provide those services.

“On top of that, they were being asked to pay money into personal bank accounts or face closure. They refused and ultimately they were locked out, with all their equipment inside.”

A senior staff of the cinema confirmed this on conditions of anonymity but failed to provide the account number. The staff said that the Managing Director (MD) of the Cross River State Tourism Bureau (CRDTB), Mr. Clement Umina, had furnished them with his account number and that some payments had been made.

The staff, however, refused to share more details and directed this reporter to the management of the Marina Resort now led by one Mr. Ekuri Ekuri. Several calls to Mr. Ekuri were not taken at first. But, after bumping into this reporter and phone numbers exchanged, he later said that he will prefer Mr. Umina speaks first before he says what was on his mind. When asked why, he declined further comment.

However, investigations reveal that it has not been an easy ride since the former MD of the CRSTB, Mr. Michael Williams, left which forced the management of Filmhouse to stop investing in its Calabar cinema due to the fleecing. When contacted, Mr. Williams declined comment, as he is no longer involved in the state’s tourism administration.

But, sources close to him say he is unhappy with the way things are going, as he was instrumental in setting up the cinema as a way to get Marina Resort functional.

The source who pleaded anonymity, explained why Filmhouse Calabar stopped showing foreign movies and charged a CalabarBlog correspondent to unearth why Filmhouse had stopped investing in its Calabar cinema which was among the first two in the country by the investors.

“It is the only cinema in the Filmhouse chain without DCP projectors which can play encrypted films from Hollywood and top Nollywood producers. That’s why you couldn’t see The Wedding Party 2 or any US films,” the source said.

DCP basically refers to Digital Cinema Projectors, designed with recent technologies with the first released by the six biggest studios in Hollywood in 2005 following its Digital Cinema Initiatives (DCI) agreement.

And, the Calabar cinema is the only one in the Filmhouse chain that does not have this, a former staff of the cinema who simply gave her name as “Xty” (Pronounced Ex-ty) told a CrossRiverWatch correspondent. And the source close to Mr. Williams averred that: “They were building their first outlet in Surulere and Calabar was their second location by two weeks. We got the funding from government and built something beautiful. Filmhouse maintained and improved it over the years. Even when one of the four screens was destroyed by fire, they restored it completely without one kobo from us.

“There is an agreement which they are happy with. They just wanted to be left alone to run their business, pay government its share and get the utilities they pay for.”

This could not be verified as the Deputy MD of the organization, Mr. Kene Okwuosa did not acknowledge nor reply any communication with him concerning this.

However, Tandem integrated services confirmed that there was an agreement and promised to get back to those involved in this investigation with more details concerning the roles of every party in the agreement signed.

The source, who was very diplomatic in comments hinted that meetings were ongoing to ensure the crisis is resolved but declined dwelling much on the exit of Filmhouse even though she acknowledged that there were certain parties involved that had gone outside of the agreement signed.

And, a member of staff of the CRSTB (name withheld) fingered Mr. Umina again as a culprit, having set out deliberately to ensure the bureau gets its pound of flesh while the service providers naturally wither away.

This, he did by intimidating and insisting that Filmhouse pays the service charge to the bureau instead of the service provider. Meanwhile, the concession agreement is still in effect till 2019.

“The problem that Tourism Bureau has is that we crafted the agreement without any money going directly to Tourism Bureau “That is what they have been trying to change through persuasion, intimidation and finally the threat they carried out to shut the cinema down,” the source close to Mr. Williams said.

And, Mr. Umina is yet to pick or return calls to his phone.

It is unclear exactly how much Filmhouse was paying to the state government, but, they were claims that Mr. Umina foisted his account number on them, with the source close to Mr. Williams corroborating this as earlier quoted in this report.

However, unconfirmed information suggests that the investors are willing to come back to the negotiating table with a meeting fixed for yesterday, (Thursday, March 8, 2018) in Calabar with the Commissioner for Tourism, Mr. Eric Anderson.

Meanwhile, a player in the sector (whose name has been withheld due to editorial policies of both CrossRiverWatch and CalabarBlog) told one of the reporters involved in this investigation that vested interests by Mr. Umina and the Commissioner for Tourism, Mr. Eric Anderson on who controls assets and monies in the tourism sector are said to be the reason behind all of these.

“Eric and Clement want to control everything. From the incident at ranch which you people reported to the Marina Resort – everything!

It remains to be seen, what becomes of the resort, with several dilapidated structures littered around, including the outdoor bar, kids playground, conference and gaming centres, among others.