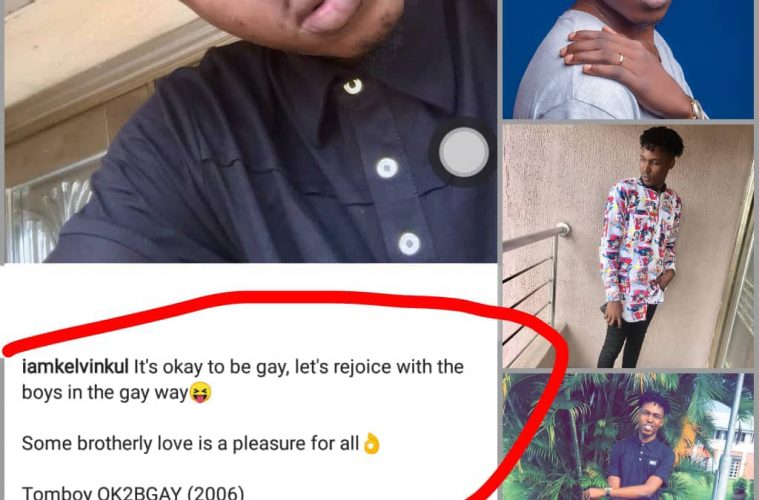 “IS OKAY TO BE GAY” – KELVIN KUL, CALABAR MEDIA PERSONALITY AND INFLUENCER

Perhaps one of the most trending things right now is the ‘gay’ phenomenon. Just take three steps in the online world and you’re sure to come across some article, post or news on being gay and other related stories. Even series and movies are not left out, as scripts are being rewritten to include gay characters and contexts. People in influential positions are ‘coming out of the closet’ at rates that make you wonder if being gay is the 21st century equivalent of the cigarette smoking pandemic.

Joining the trend, recently, Calabar based graphic designer and social media influencer, Kelvin Akparanta, better known as ‘Kelvin Kul’ took to his Instagram to make a post “Is Okay to be gay”

Several comments and reactions have followed this post with many questioning his sexuality. Kelvin Kul has been known to clad himself with colorful feminine shirts especially his skinny feminine trousers which has a lot to point to his being gay. Even his photo shoots always have a gay feel with a marriage ring on his finger of which fans have been wondering why he’s always on a ring when he’s not married.

This has brought a lot of controversy regarding his sexuality but it’s hard to argue if it’s all a social media stunt or he is actually gay.