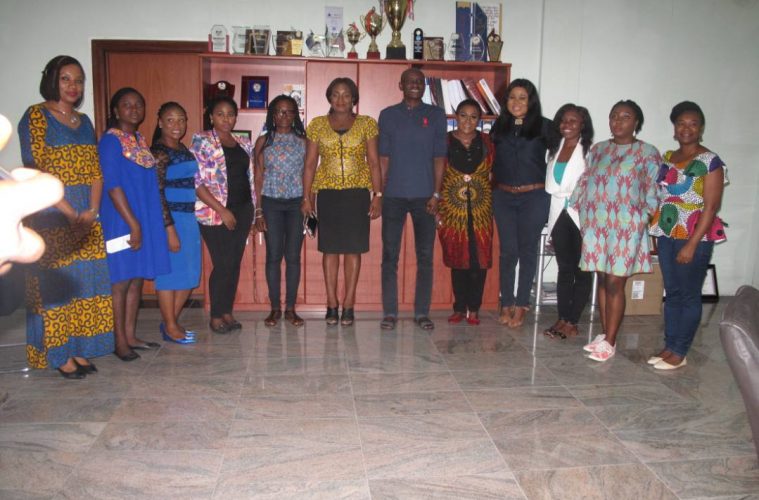 The Speaker of the Cross River State House of Assembly, Hon. John Gaul Lebo has stated the need to expand the ladders to the top of careers to allow for more women to access the top of their various careers.

The speaker added that women in the country and indeed Cross River have the capacity to do great things like their counterparts around the world, but all can be achieved only by expanding the ladder that leads to the top.

The speaker who was speaking at a parley with members of the Advantage Initiative on the theme Press for Progress in his office stated that technology is shifting the ground right under our feet, and therefore is the best tool to use in tackling the issues of gender parity.

The speaker noted that there they are challenges women face daily, but advised that they cannot negotiate their place on the table by begging and from a disadvantaged position.
Earlier speaking, the Lead Advocate of Advantage Initiative and General Manager, Cross River State Investment Promotion Bureau, Barr. Rosemary Tutu Ekeng stated that the group which consists of different women, in different fields working towards the amplifying of the female voice and their causes is at the assembly because of how important the institution is.

Barr. Tutu added that their engagement with the speaker, Hon. John Gaul Lebo is deliberate, as he is first a lawmaker, and a speaker with the influence and powers to bring up female friendly legislation.