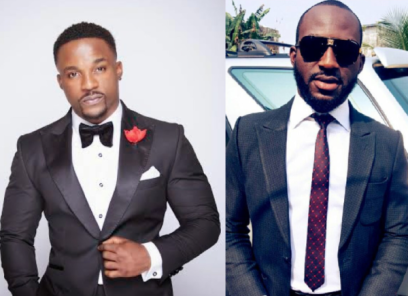 IYANYA AND LAST PROPHET FIGHT OVER COMMENT ON RADIO

On the show, he had joked about Iyanya parting ways with Ubi Franklin, saying “he wondered if Iyanya was planning to return back to Calabar where he started from.”

Shortly after the show, Iyanya called him, saying:

“I don’t depend on my strive , but I depend on God to take me further, this is Iyanya speaking, brother let this be the first and the last time that you will make that kind of statement that you made about me on your show.

I have never had any issue with you, don’t ever in your whole life mention my issue with Ubi on your show. I’ve had different people call me to make that report, the next time you do I’ll show you another side of me.”

In a chat, Last Prophet, said: “I was shocked at Iyanya’s phone call. I’m a comedian and OAP, my show is a comedy show in pidgin English. All I did was make jokes from the situation, which is what anyone else would have done. I only feel bad because I’m sure he would not do that to any OAP in Lagos; he did it to me because he feels I’m in Calabar and he can just threaten me like that.”

Listen to the conversation below;