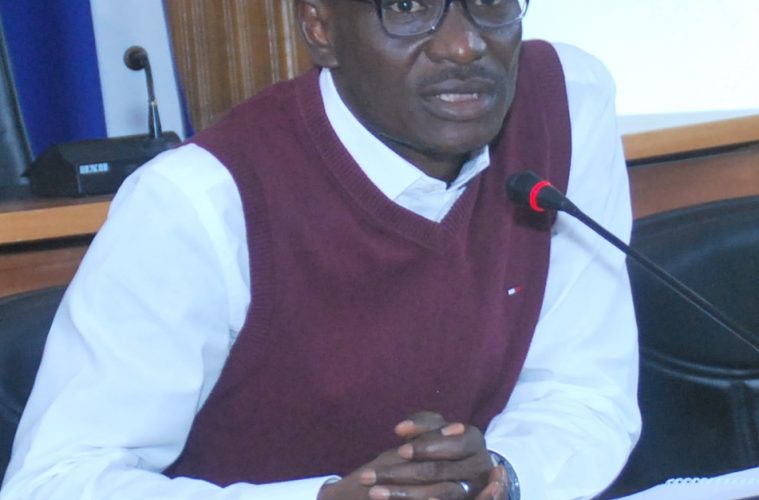 Little was known about John Gaul’s insatiable appetite for youth development until after he became a public figure in 2011 when he won election to represent Abi state constituency in the Cross River State House of Assembly.

Hitherto, through the Gaul Lebo Foundation established in 2000 and which could not hit the spotlight earlier than 2011, John Gaul had been championing the cause for a better generation of young people for over a decade.

His youth activism became pronounced however when in June 2015 he emerged as the Speaker of the Cross River State 8th House of Assembly. Since then, he has been using the instrumentality of his office to up the ante and further deepen his quest for the wellbeing of young people in the country.

Apart from the John Gaul Lebo Youth Leadership Lecture Series which was conceived in 2015 to essentially bequeath the youth with proper character and relevant attitude needed to be a successful leader, John Gaul had also initiated the Calabar Readers Club which is helping to instil the culture of readership in the youths. Sensing the grave danger posed by the geometric decline in the reading attitude of young people, he quickly mobilised resources and efforts to stem the alarming tide which was racing seriously against the future of the youths.

With this twin youth Initiatives, he also sensed that building a generation of youths to take over from the present crop of legislators would safeguard the culture of responsible and responsive Legislature being established in the state by the 8th Legislature, he heads. If this novel culture must be sustained, he thought, grooming future generation of youths for continuity remains a prerequisite.

The need for the Cross River State Legislative Institute (CROSLI) became expedient to serve as a vehicle that will be used to shape the ‘pattern’ of building responsible legislature into a sustainable Legislative culture while producing future competent managers to drive an instituted wholesome legislative system in the state.

The vision of the Institute is to build a robust Legislative Institution with a sustainable culture for Cross River. Here, both young aspiring as well as practising legislators would undergo capacity development trainings for the purpose of being good representatives of the people and to master the art of legislative governance.

Again, he accentuated to the establishment of the Legislator/student internship programme which is today helping to expose young people to the rudiments and practice of the legislature. This programme enables students identify which legislature to adopt as a mentor and undergo tutelage. Under this programme, the mentee has nearly an unlimited access to the mentor.

Only recently, he kick started another youth development project across schools in Cross River where he is challenging youths particularly students to develop a mind map that would help them to seamlessly navigate into the future.

The project tagged: ‘inspiring the future of youths through knowledge, enterprise, creativity and innovation has seen John Gaul Lebo delivering talks in post primary and tertiary institutions in Cross River. For him, the future of young people is so critical and delicate and therefore must be given deep attention and care.

In one of his messages to youths he once said: “you should be able to visualise where you intend to be in the future and assiduously work towards it, rather than sit back to accept whatever the future throws at you which often times sees you agonising”.

Given the passion and the sheer determination to re-invent a generation of young people with a culture of responsibility, Rt. Hon John Gaul Lebo unarguably comes across as one who is constantly thinking of the future of young people, their challenges and prospects; and how to best utilize the enormous potentials of this category of people blessed with massive energy.

Apart from constantly thinking about the plight of the younger generation, he is rigorously articulating and practically offering ways of solving the problems faced by an average Nigeria youth which goes beyond unemployment, poverty or crime but largely attitudinal, believing that  a youth with the right knowledge and mind-set will certainly rise above poverty, unemployment or crime.

In his undying proclivity for the future generation, his message summarily have always been kept simple and unambiguous: “read voraciously and seek information, develop skills, translate your passion into success, acquire basic education, be enterprise driven and lead a purpose driven life devoid of social vices or bad company”.

A man, like John Gaul, who has devoted a chunk of his life time and resources to inspiring and motivating young people for a better future, no doubts cannot find any better passion to pursue.

He is not only thinking about the future but also those to whom the future belongs while churning out practical ways of making them (young people) evolve into better citizens and inherit a better future. You may wish to call him the ‘Future Architect with a Solution Architecture’.

The Oxford Advanced Learner’s Dictionary sees an Architect as a person who is responsible for planning and creating ideas, an event or a situation. Same dictionary describes the Future thus: the time that will come after the present or the events that will happen then and also, what will happen to a person or something at a later time; it is also the possibility of being successful or surviving at a later time. The above definitions clearly tell you who a Future Architect is without much ado.

Here is not a platform to itemise his numerous youth inclined gestures or benevolence which includes but not limited to the scholarship to over 300 indigent pupils and students, sponsorship of over 300 young people to acquire entrepreneurship training at the CBN’s Entrepreneurship Development Centre and the Songhai Farms, but only a treatise to fundamentally buttress what makes the man John Gaul Lebo stand out as a remarkable ‘Future Architect’ infused with  infallible solution architecture  and incredible passion for the well-being of the young.