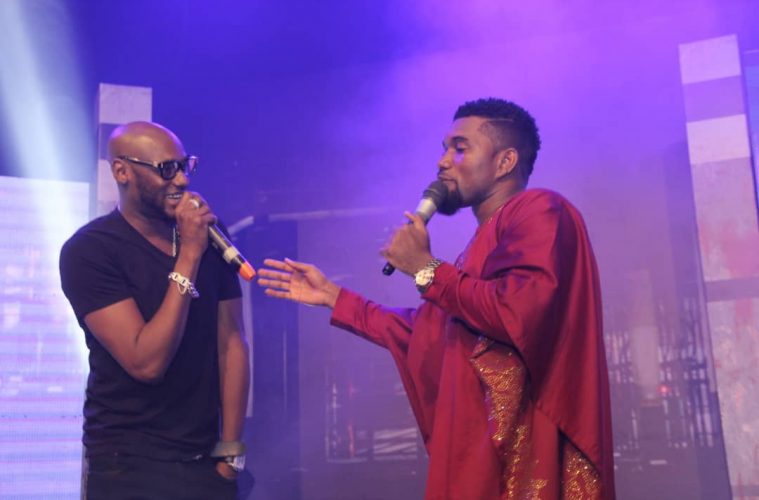 As a Cross Riverian, if the name Aya Aya Kanu does not ring a bell in your memory, it is understandable. But the problem would be if one mentions his working title or stage name, MC Mbakara, and it still does not strike a positive chord. Or, perhaps, one can still excuse you, especially if you have practically nothing to do with the entertainment scene. But is there such a person? Is there a Cross Riverian who does not like and live the good life, who does not attend parties or functions in the state? If there is none, one would then be right to aver that multi-talented Aya Aya Kanu, aka MC Mbakara, is a household name in Cross River and in the estimation of the good people of Canaan, the Paradise City of Nigeria.

A product of the loins and womb of Dr and Elder Aya Kanu of Etono Central, a community in Biase local government area of Cross River, Mbakara, as he is fondly called, is a Great Malabite who passed through the prestigious University of Calabar and allowed the university impact on him greatly, to such extent that, having been found “worthy in learning and character”, he was awarded a Bachelor’s degree in Biochemistry.

What, I hear someone ask, does a Microbiologist have with the entertainment industry? Is it inborn? Was it a cultivated trait? And Mbakara proffers an answer: “I started entertainment as a child. I was in the village traditional dance troupe, Igbobin, from the age of 2. I was also involved in stand-up comedy and acting at every end of term party in Nursery school, and in church too. In essence, it would be right to say that entertainment found me as much as I found it. We formed a synergy and this is where we are today. I just love entertaining people”

Every Nigerian parent wishes for his/her child to be firmly entrenched in what is commonly referred to as “the right profession”, from which a “decent” living can be earned. It surely must have been tough for Aya to convince his parents that he wanted to literally jettison his hard earned and highly rated degree and take a dive, headlong, into the murky waters of the entertainment industry.

“At first, my parents did not like the idea, but when they saw my deep passion for the entertainment industry, they gave me full support. And, amazingly, God gave me my first big break at my own event in 2011 in Calabar. That singular event announced and showcased me to the people on a large dimension. To show how supportive my parents are, they became sponsors of all my early shows back then in Calabar. They were simply wonderful, and through the years, through the thick and the thin, they have remained my number one fans and constructive critics,” the compere, actor, author and businessman informs.

On what informed the adoption of MC Mbakara as his brand name, Aya went down memory lane: “Back then in the village, in the early 1990s, my family was among the privileged few that had a TV set and I was the only person then who could watch, really understand and appreciate foreign movies. After watching, children would always gather to hear me speak and sound like the character in the movie. I would mimic a white child, rolling my tongue and be deceiving everyone, including adults, that I could speak like the whites. The applause was loud, with clapping and chanting “Eyen Mbakara” (white man’s child). That was how the name came about. It felt good, I felt right about it, so I adopted it in 2006 and it has become my identity, a kind of second skin in which I am very comfortable. It tells of where I come from without me having to explain that I am from Cross River. It is a brand name I bear with pride as regards my place of origin.”

A couple of years back, Mbakara decided it was time to swim in bigger waters. He felt had done all there was for him to do in Calabar, hitting the peak in 2016 “when I was privileged to anchor the Calabar Christmas Village shows for about 28 days. Then I knew I have gotten to my peak in Calabar. I had to move to conquer new territories and face new challenges.”

Any regrets? Not an iota of it, he states unequivocally. According to the husband of Rajunor, “Leaving Calabar was the best thing that happened to my career life. I was open to new opportunities and challenged to get more committed to my art because in Abuja and Lagos, I was relatively unknown. It was more like starting all over again. I learned new means, other than stage performances, of making money with my career. It has been a whole new vibes and experience for me. Now I even have the opportunity to relate and work with those superstars I have always admired.”

Mentorship is a key factor in the growth of anyone, even in the entertainment industry. Who captures the heart of Mbakara? Without batting an eye, he declares that “My number one mentor is Ayo Makun, aka AY. He is just exceptional, phenomenal. Having understudied him for years, I make bold to say that most of my achievements came about with me basically using his systematic methodology as an adopted template. And as a businessman, I have great love and respect for Alhaji Aliko Dangote. He inspires me and I also want to be great in the business world. As a writer and publisher, I look up to T.D Jakes and Joel Oesteen. They have inspired my life a whole lot.”

“Collabo” is one word that reigns supreme in the entertainment world. Short form of collaboration, it spells synergy, cooperation. Does it have a place in Mbakara’s career progression? Has he collaborated with any artiste? Is there any particular person he yearns to work with? His response: “Ah… this one is hard o! I have done so many collaborations as a stand-up comedian and actor. At this level, we cannot do anything without collaborations. However, even though I do not particularly have any specific person in mind, I am open to collaboration with anyone whose visions align with mine.”

A few years away from home, right in the warmth and embrace of Lagos and Abuja, the big cities, Mbakara has not slacked, as they say in a popular Nigerian parlance. He literally burns his candle at both ends. If there is a request he could make of God, it would obviously be an increase in the number of hours in a day because 24 seems so inadequate to take care of the bubbling activities in him. On the entertainment radar, he was involved in the 2017 Calabar Nawa show in Abuja, staged the 2018 Calabar Invasion in Lagos, and in 2019, there was the MC Mbakara Next Rated Concert in Lagos. “I have performed in various big platforms here in Lagos, as shows are done every day here,” he intimates.

As a businessman, Mbakara has his hands in many pies. He owns and runs a transport company, is a You Tuber, making money from YouTube by creating and posting content, writes and sells books. He also creates promotional and advertising strategies for companies, and does digital marketing, among other ventures. The social media comes in handy in all his business forays, pushing his brands, especially given his belief that “If you have good contents, people will just share it and before you know it your brand is everywhere.”

Meeting and marrying Abi, Cross River-born Rajunor, the love of his life and mother of his children, is certainly a defining moment in the life of this son of the Cross River soil. She occupies a strategic place in his heart, business and life. Describing her in superlative terms, he has brought her into the entertainment industry where she not only shares his space, but has carved a niche for herself.

“My wife is an amazing vocalist, so I just coached her in acting and comedy as she is my support system. Most time when we don’t have a female cast, she is always willing to fill in to aid the speed of production and save me from paying one more cast (laughs). She also owns a yogurt company, which I am fully involved in marketing and distribution.  She is industrious and versatile. She complements me as best as God has designed and I am so proud of her,” the father of three says, with a glint in his eyes.

What does success mean to Aya? Is it in a healthy bank balance? Or is it about the influence or number of people one knows, places travelled to? Without mincing words, he says “Success for an entertainer is when you have replicated yourself in other people. It is not really about the money and fame, but how many young, up and coming talents you have impacted on and transferred knowledge to. It is about influencing others to identify their talents, to grow, to take their place in the horizon.”

As an ambassador of Cross River, the businessman cum entertainer intends to use all the platforms available to him to “advertise the tourism potentials and endowments of our state and also attract my fans to come and invest in Cross River. I also will want to impact on the home based talents as well. Already, I can boldly say I’m one of the few entertainers who have taken a large number of home based acts for his event in Abuja and Lagos. I flew them, treated them like celebrities and made them equal to the other entertainers in those cities. I have always been coaching and assisting talents since I was in Calabar.  Now, it is on a higher pedestal because my focus is no longer on entertainers from Cross River alone. I am mentoring people all over the country, trusting God for the grace to achieve this.”

What advice does Mbakara have for young, talented upcoming artistes who look up to him as a mentor? “I start with this all the time, you must go to school, be a graduate. Thereafter, you must research and find out what your predecessors did to get to where they are. You must be very humble and willing to learn and improve on your skills. Also, don’t deceive yourself, you know when you don’t have a particular talent, don’t force it. Why? A whole lot of young people are in the industry for the wrong reasons. Except you are extremely lucky, if you are not talented, you will never make it as even the talented once are still struggling, let alone one who is not talented.

And lastly, hard work is everything. How do I know this? I work hard!”