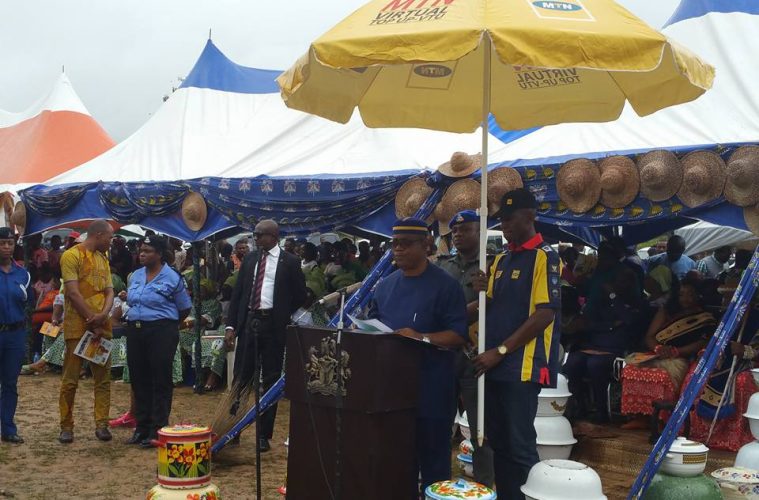 LEBOKU FESTIVAL 2017: AYADE DETERMINED TO RESTORE DIGNITY OF THE STATE THROUGH TOURISM

Cross River State Governor, Senator Ben Ayade says that, the Leboku New Yam Festival should be seen as a common ground where the Yakurr Nation could meet as a people, interact in a friendly atmosphere and celebrate the common bond of unity handed down by their forefathers.

Gov. Ayade represented by his deputy, Prof. Ivara Esu also remarked that, Yakurr people should see Leboku as a celebration of Peace and Unity, since tourism thrives only in an atmosphere of peace, adding that, the people should understand the true essence of the festival and take full advantage of its potentials. He maintained that, his administration is determined to restore the dignity of the state as the preferred tourism destination and the nation’s paradise where, serenity and security reigns, which is why, according him, a “full-fledged ministry of culture and tourism is established to drive the vision as contained in the tourism master plan”.

The Governor, described the threat to peace and security that was witnessed in some communities in the area as worrisome and warned that, the state government will no longer condone any resort to arms by any individual or community in the settlement of dispute. Ayade called on the people of Yakurr to be reminded that, as they celebrate the New Yam Festival they should realize that, there is dignity in labour as Agriculture remains the only renewable source of income.
While assuring that, his administration shall continue to provide the enabling environment for tourism related businesses to thrive in the state. The Obol Lopon of Ugep, Obol Ofem Ubana Eteng while giving his welcome remarks gave a brief history of the Leboku festival which dates back to 1648 and explained that, the festival signifies the survival of the Yakurr people after a successful harvest. The Obol Lopon expressed appreciation on behalf of the people of Yakurr to the state Government for keeping faith with Leboku festival and thanked the biggest sponsors MTN for its consistent support to the festival. The event was preceded by a brief reception of the Governor’s representative, Professor Ivara Esu by the Obol Lopon of Ugep at Umor Ututu palace.