The son of Kaduna state governor, Bello El Rufai was involved in a fiery twitter exchange with Calabar born forbes Africa’s 30 under 30 tomorrow billionaires, Affiong Williams with the twitter handle @affisupastar. He went as far as calling the her a ”bleaching bitch and a prostitute” after she commented on his post. See their tweets below. 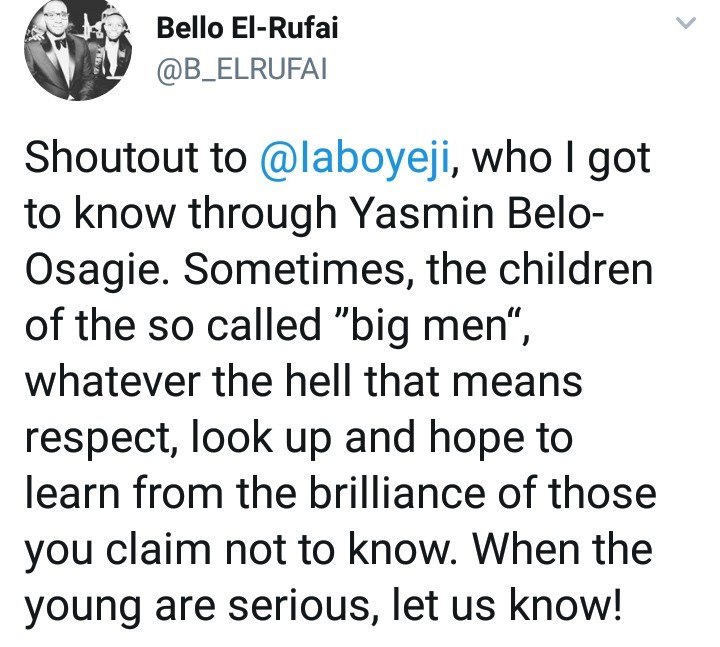 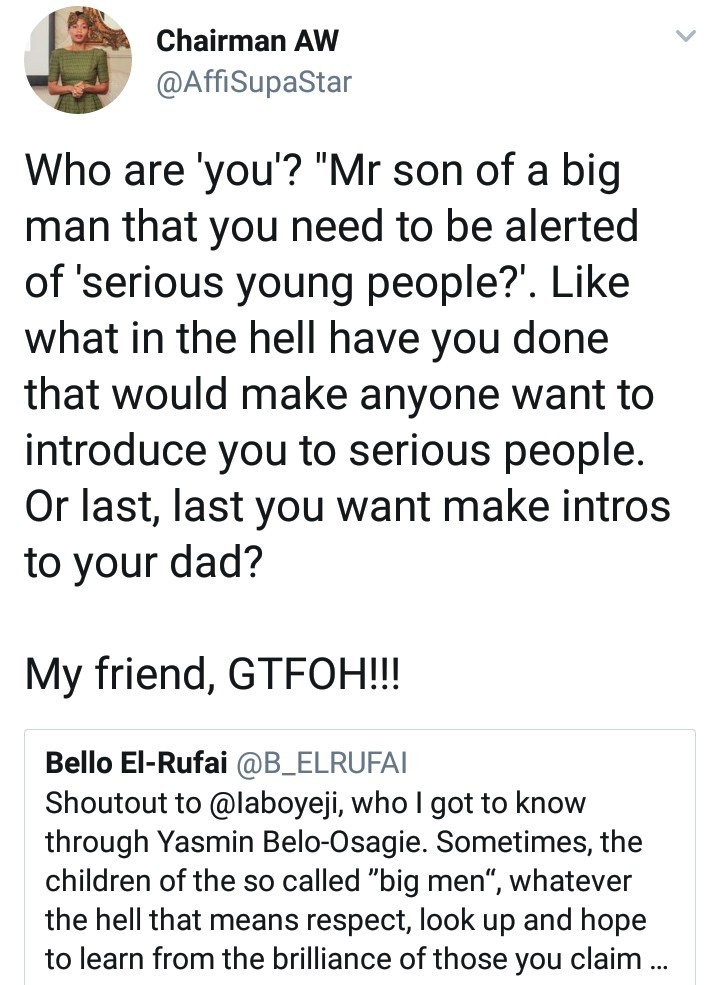 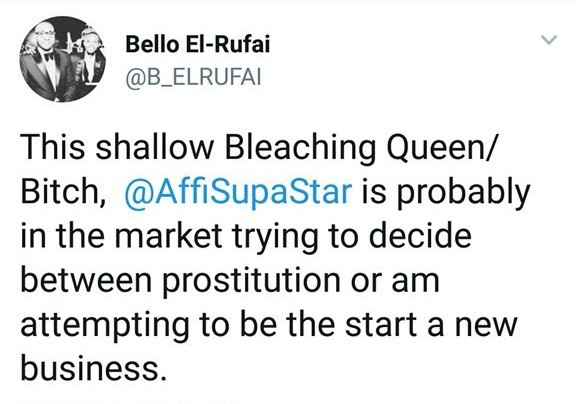 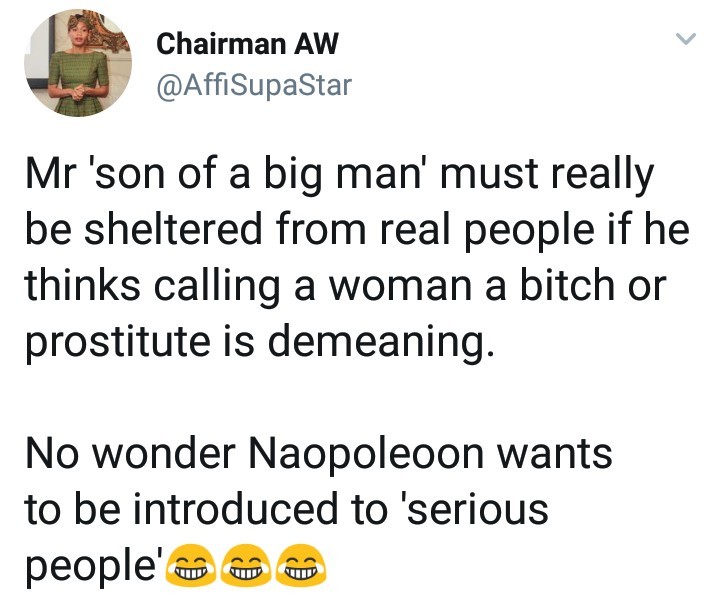 Affiong Williams, is the founder Of Reelfruit and was listed in 2015 as one of Forbes Africa’s 30 Under 30 Tomorrow’s Billionaires.

Her company Reelfruit is an award winning brand, winning both an international women in business competition in Netherlands, as well as an SME Exhibition (creative focus) in Lagos, Nigeria.