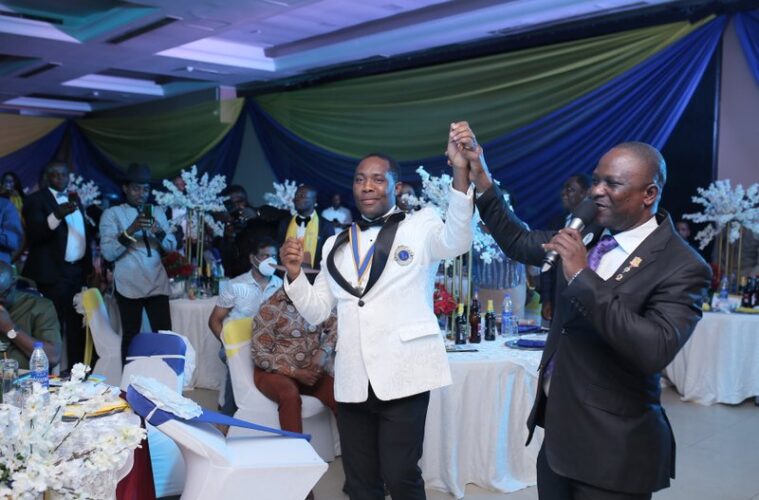 Senator Onor who was represented at the event by the Director General, Caterpillar Movement, Chief Hon. Joe Obi Bisong lauded the unrelenting commitment of Lion Clubs, Region 5, Zone 5b, District 404 – A2, Nigeria for its contributions to better the lives of the people, and averred that “your gesture is in line with your purpose which is to encourage service minded people to serve their community without personal financial reward, and to encourage efficiency and promote high ethical standards in commerce, industry, professions, public offices and private endeavors”

The senator also acknowledged the foresightedness of the club to undertake the Eye Theatre Complex, and held that “when you have no sight, you won’t even know where you are going to. For the Club to undertake this project, I commend you very sincerely. This would not have come at a better time than now”

As part of the senator’s contribution to the President’s immediate intention of speedy completion of the E-Library project, located at the State Library complex, which is at the lintel level, the senator donated the sum of one million (#1,000,000.00) to the club and used the opportunity to call on well spirited cooperate organizations and individuals to rise to the challenge of the moment to support the club to build and equip the E-library for usage by our children.

On the relationship with the President of the Calabar Canaan City Lions Club, Lion Nnaemeka Victor Ohaeri, the DG stated that “he is a very fantastic guy, he is been our personal friend. He has worked very closely with us. He is a guy we depend on for a whole lots of issues. Our experience with him is that he is very accountable. He is a very trusted fellow”