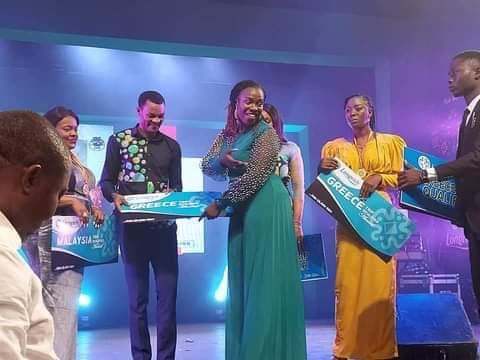 Longrich International has rewarded its loyal partners in Calabar with cars and all expense paid trips for their continued commitment towards the growth of the brand in Cross River State.

The ceremony which took place Sunday at the Main Bowl of the Cultural Center Complex, was to appreciate and celebrate those who have kept pace with the Longrich brand over the past six years in the state.

Speaking at the sidelines of the event, the Mayor of Longrich in Calabar, Dr Victor Igwe said Longrich has been impacting lives in the city for the past six years by raising a pack of millionaires on a weekly basis.

According to him, “For the past one year we’ve been working and doing business with all the partners. So it makes sense to set out a day to unwind, celebrate and also count the cost; check where you started from and where you are. It also calls for giving glory to God.

“Longrich International has changed lives in Calabar. Of course we all know the impact of the pandemic on the economy, so to see people leverage on the platform to make livelihoods and extra incomes and other achievements calls for celebration. We have our partners from all over the city gathered together to celebrate.

“In Calabar I can boast that we have had at least a hundred weekly millionaires. And what this means is that there are people that earn at least a million every week. We have other hundreds of people who earn in five figures. So, Longrich is just changing lives. The health aspect of it is that people’s lives have been revitalized and positioned.”, he explained.

Other highlights at the event was the award of scholarships to partners, as well as all-expenses-paid trips to different parts of the world.