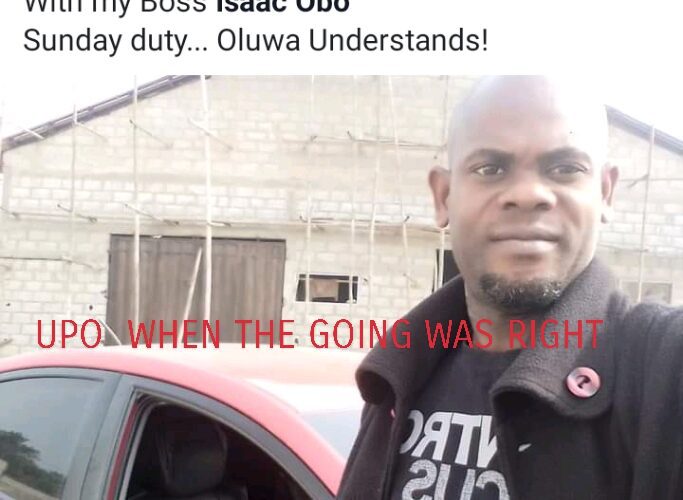 56 views
News0 Comments56 views 02 min read
My attention has been drawn to an attention-seeking piece by one Mr. Loveday Bassey Upo making the rounds on Facebook.
In his piece, Mr. Upo attempted to mislead the public with false information that I and some workers (security men) at the Industrial Park got him beaten with machetes.
With all sincerity, I should not dignify Mr Upo with a response, but for the sake of giving the public a perspective on the matter at hand, let me give a dossier to what transpired at the Industrial Park.
On Monday, 18 April, 2022, armored cables were found stolen from the Power Plant at the Ayade Industrial Park. On the event of the theft, Mr Loveday Bassey was the security guard on duty. When the Commissioner for Industry, Mr. Peter Egba drew my attention to the theft and vandalism, I thought it wise to see the security man on duty the day the cables were reported stolen.
After my initial investigations, all accusing fingers were pointing to Mr Upo. When, in of my two staff went to see Upo at the site, on seeing us, he guiltily took to his heels. The two staff in my company chased him down and brought him back to the premises. It was as a result of the chase that Upo sustained a few bruises as seen on the photo he displayed on social media.
The staff said they needed to bring him to answer to the crime that had been committed, which is putting their job in jeopardy.
Mr. Upo, on realizing that he is guilty as alleged and his sack imminent, he took to social media for pity-party and to paint a different picture from the issue at hand.
Further investigations have proven that Mr Upo has a history of crime, which led to his sack as a staff of the Lagos International Airport.
The general public should by this exposé take Upo’s social media barbs with a pinch of salt, knowing that the Ayade Industrial Park is a government investment and any crime committed there, perpetrators of such crimes must be brought to book. For the law is no respecter of any man.
©️Culled from Mr. Isaac Obo’s Facebook wall.
Join the Conversation!