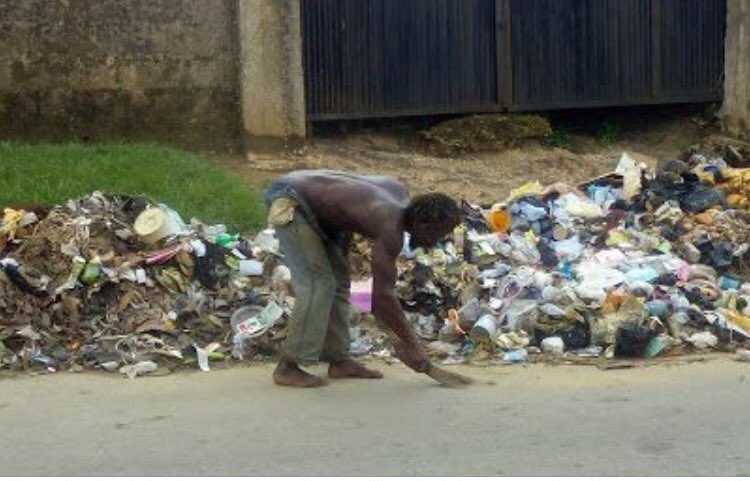 A mad man was spotted sweeping around a refuse dump Sunday afternoon as reported by calabarreporters.com

According to the blog, the street he was seen sweeping is Edim Ekong Oqua (Etta-Agbor by Ujimco filling station).

In a short video posted on the blog, the mad man could be seen sweeping round the refuse which has taken over a section of the street.

Residents who identified the mad man say he was still there up till this morning sweeping the same spot.

Calabar streets have been filled with rubbish and the government seem obviously helpless about how to manage the refuse.