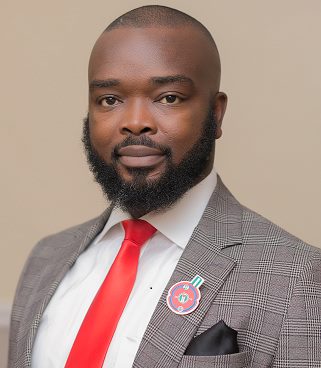 Fellow Cross Riverians, our great state is at a crossroads. I joined the Social Democratic Party (SDP) to further my quest to recover and restore our great state, securing my party’s ticket to contest for the governorship of Cross River. I am fully convinced of the need to make a fresh start, to wipe the slate clean, if we are to make progress once again. Insanity is defined by Albert Einstein as doing the same thing over and over and expecting different results, and this election is a test of the extent to which we are able to break our old patterns.

I have decided to practice what I preach in the choice of my running mate. At all levels of our politics, our women and young people are systematically excluded. They are mobilisers, but are hardly ever given opportunities to lead unless they are related to certain party bigwigs and selected through shady primaries. Many of the others are confined to the realm of praise singers, bag carriers and online attack dogs, barking at anyone who will criticise their benefactor.

As a result of this desire for a fresh start, my choice of running mate is Wofai Okoi Ewa. If elected on this ticket, Wofai will be just 35 years old, and (one of) the youngest deputy governor(s) in Nigeria’s history. However, what he brings to the table is more than his youth.

Wofai is a Civil Engineer and Project manager with over a decade’s experiences across a number of countries and industries. In my administration, he will play a key role in ensuring that all public infrastructure projects – most of which will be PPPs – are technically designed cost-effectively and executed without cost/budget overruns.

He will also play a leading role in conflict resolution – a noble endeavour in which he has been passionately interested long before now – across the State, and bring peace to our communities, especially those in the Central District where he hails from. He is also an avid sportsman, being the Vice President of the Cross River State Taekwondo Association.

This announcement is our way of building on the progress made by the Not Too Young To Run movement, in making political office more accessible to young people. Nigerians aged 35 and under make up the majority of our population. Many of them are very accomplished and passionate, but they have no voice in governance, and no seat at the table. This needs to change and with your support it will surely change.

The SDP as a party has taken the lead in putting forward accomplished young Cross Riverians for various offices in the state. Rather than pay lip service to young people as leaders of tomorrow, we believe that they are ready to lead now. We are putting our money where our mouth is.

It is my hope that as we move closer to election day, it will be clear to the electorate that the SDP is a major and entirely credible departure from what currently obtains. We will go everywhere in the North, Central and the South, to make our case to the people and have them join our caravan of restoration.

May the Almighty bless us, and bless our beloved state.