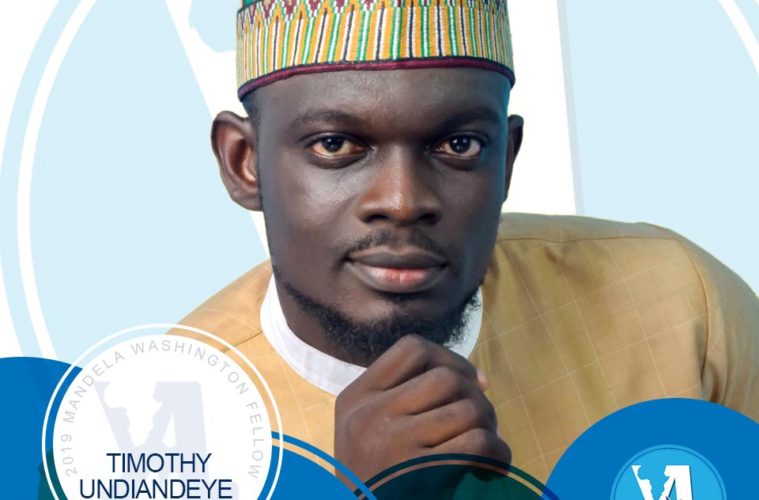 April 20, 2020. It’s past noon, I have been on my laptop since morning, designing a COVID-19 intervention for my community. I’m more thirsty than hungry.

I step out to buy satchet water, (whose price has doubled since the lockdown). Suddenly, I hear screeching tires and a cocking gun. I’m stupefied! First thought: I’m being kidnapped! But no, its the police. An officer is pointing a gun menacingly to my head, saying ‘Where’s your facemask?’ (Ironically, he isn’t wearing one, either). The officer won’t listen to my pleas to lock my apartment. I am bundled into the back of the police van in my bathroom slippers, squeezed among six other offenders. The other policemen have their masks drawn down to their chins. Curiously, two of the civilians are handcuffed together; and have facemasks on. I later discover their crime: making a video of an arrest scene.

This is the Cross River State COVID-19 Task Force. I ask where I’m being taken to. My kidnapper says UWANSE POLICE STATION. I know Uwanse like the back of my hand; it’s in the opposite direction. The truck is cramped, and I suddenly realize how much helping the virus could be getting, should anyone of us be infected already.

We are driven, commando style, into the defunct Cultural Centre, Calabar. From what I see, part of it has been turned into a sort of police station. Several artefacts, whose sanctuary used to be the ancient facility, have been left out to the elements. I am handed over to an IPO, along with the video-making duo. I’m given no chance to defend myself, or write a statement – just a form, where I’m told to write my name only. Meanwhile, money is being exchanged to secure the release of one of the inmates. Intuitively, I borrow a phone from the outsider and dial Sylvester, my brother. I ask what this place is called, and the reply sends a chill down my spine: ANTI-CULTISM AND KIDNAPPING. Two minutes after, another officer hands me a cellophane bag to ‘put my clothes into’. Stripped down as a common criminal, I’m led into a dark cell, measuring roughly 10 feet by feet. The nauseating stench of piss and shit, intermingled with the odour of unwashed bodies welcomes me. A barrage of slaps from the Chief Inmate resets my senses. All three of us ‘new tenants’ are put through a baptism of fire, amid secret cult chants. I am asked which cult I belong to. When I respond negative, Chief Inmate follows with another round of slaps, much to the delight of his co-tenants. Some of them have been here for months. Years, maybe. He orders me to drip down my boxers for an act of sodomy. I start begging for me life, as the other inmates break into hysterical laughter. He beckons on a short rascal, who wraps his hands with a cellophane and starts approaching me. More slaps. He pauses to ask me if I brought ‘house rent’. I recall that I have 1,500 naira in my trouser. He calls out to the police officer to fetch my bag, so I can pay, as with the fellow before me. The officer is delayed by an new customer, but Chief Inmate feels assured of his rent.

I’m shoved into the darkness, while the next tenant receives his welcoming rites. Someone needs to take a poop. I realize the ‘toilet’ is an old paint bucket my body has been pressing against, all the while. I adjust, rubbed against several sweaty bodies for him to take position.

Hours later, Sylvester arrives the cell. I feel a flicker of hope that I could soon leave this hell-hole. When he sees me, he countenance becomes tearful. I must be looking pretty messed up. About an hour later, I am bailed, after being ordered to write a statement of just three lines: where I’m from, and how many children my parents have. That’s all, officer says, and I have to sign. The terror, darkness and stench of that dark dungeon won’t let me ask any more questions. They will probably populate the rest of the form themselves with fabrications.

As a young social change leader, I ask myself: Is this the ‘land of my birth’ I should pledge to? Is this the same brand I proudly identify with and speak hopefully about her future? Yesterday, I saw more than I can put to words. The COVID-19 Task Force in Cross River, like most other government interventions, is a decoy to oppress the common man. Oh, Nigeria, who has bewitched you?

1. What is the sense in enforcing face mask use in residential areas where there are no public gatherings? What is the definition of public movement?
2. What of other innocent citizens who get arrested and have nobody to reach out to?
3. When has an executive order become a law?
4. In the statement published by the government, failure to adhere to this directive would lead to the ARREST and QUARANTINE of offenders for 14 days. Is there a Quarantine Centre being run by the Anti-Cultism and Kidnapping Squad?
4. Is not wearing a face mask a criminal offence? How about making a video of a legal arrest scene?
5. Which is easier to do? Distribute face masks (for which public funds have been mobilized), or arrest citizens in front of their homes?
6. When will the brazen lawlessness and brutality of Nigerian law enforcement officers stop?
7. What is the latest WHO position on the use of facemasks, as reiterated by a recent statement by NMA Cross River?

Are we made for the law, or is the law made for us?

I weep for Cross River! I weep for Nigeria! While the whole world is humbled by this virus, its business as usual for our law enforcement agents: oppressing the common man. The novel coronavirus is deadly. But deadlier is the social injustice our system permits, because it kills us slowly, and its vaccine is not in sight. I pray the virus doesn’t get here. But even if it does, the brutal task force instituted by the government may beat it at its own game.

THIS MADNESS MUST STOP!

P/S: I am in no way undermining the use of facemasks and complying with guidelines during this pandemic. (I lead an online campaign advocating compliance). Please use your masks as often as you can. Rather, I am against police brutality and abuse of power. I stand for objectivity, social justice and protection of human human rights.

Timothy Undiandeye, a 2019 alumna of the US prestigious Mandela Washington Fellowship for Young African Leader has over eight years of experience using art for social good.