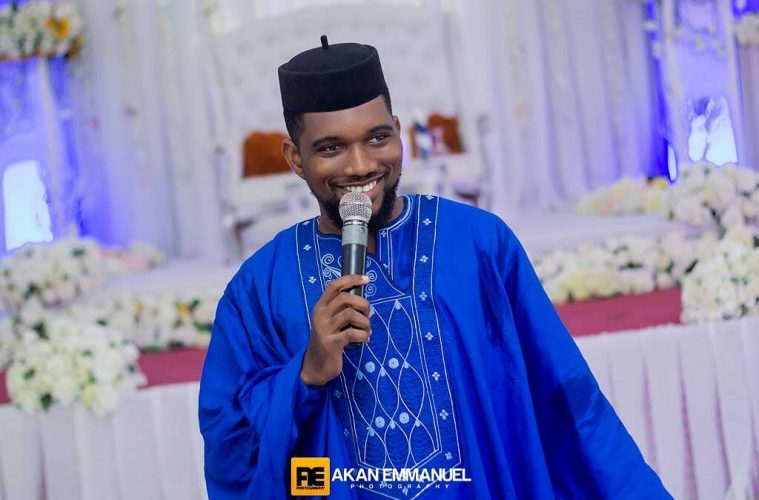 Mc MBAKARA – YOU NEED EDUCATION EVEN AS AN ENTERTAINER

Few years ago it was totally unacceptable for parents to introduce their off springs as Footballers, Musicians let alone Comedians. A mere mention that any child wasn’t going to be a Medical Doctor, Lawyer or an Engineer was a scare worthy of a prayer session if not a total career counselling program with the highest authority in the land. Gladly all of that has changed. Time, success stories and results has re-orientated us on how relate to these new careers.

Our Entrepreneur of the month Aya Mbakara does not lay very far off from the discussed perception and career choice. In this feature, he takes us through the process of making a successful career from a child hood passion of mimicking Hollywood movies to being the most sort after MC in Southern Nigeria.

If you were mistakenly arrested in Calabar south, arraigned before a magistrate court and asked to introduce yourself, who would you say you are?

Can you take us through your journey before settling for Comedy and MC-ing?

Well, I was a medical student, but always had passion in talking, be it as an entertainer or a motivator. So after my first degree I decided to follow God’s will for my life.

Why the career derailment?

Like I said, it’s God’s will. I had to go for a career that my voice will be heard and I can express myself freely. So that’s why am here.

We understand that you are from a popular and renowned family in Biase L.G.A, How difficult was it for them to accept your career decision?

Yea, a bit difficult but at the end of the day I can pay my bills and can pay bills for other people. This is why we all went to school, so it was accepted at the long run.

At what point did you realise that you could have a fulfilled and comfortable life by making people laugh?

When I bought my first Car in 2011, since then I have changed five Cars, left the ghetto in Uwanse Street to a VIP flat, am happily married, I mean. How did you come about the name MC MBAKARA?

Back then I my village, that’s the part of me you don’t know, I grew up in the village. My parents were the only ones that could afford a colour TV, and I use to enjoy foreign movies, and I mimic the white folks a lot, so my mum calls me Eyen Mbakara, meaning white kid. So that’s how the name became my AKA. So when I started my career I decided to use it, because the career actually started from there.

What was your biggest challenge starting a career in comedy?

My parents, I was scared that the will feel disappointed in me. I remember the whole warning before I started Madonna University and came back to University of Calabar, ”Aya don’t be like Fela or Charlie Boy” but ironically this is my story

What do you consider the biggest motivation working from Calabar as a base?

Calabar is a virgin land, you work extra hard to impress your audience, internal competition makes us better here and it prepares you for the task ahead.

What particular stage performance has stood out prominently for you all through your career?

None that I can remember. I am always beating my last performance.

What differentiates you from your colleagues?

Spontaneity, I see something and make a fresh joke on the spot. And it’s funny to me too most times.

Why do Calabar show organizers prefer to ‘import’ comedians from other cities rather than make use of the talents here?

I disagree with you, maybe before not anymore. People will not come for your show when you don’t have Calabar major act lined up.

You tied the knot quite early, what was the idea?

I was ready, and am happy I did.

Shortly after, your other colleagues in the Calabar entertainment scene towed the same path; were they inspired by you?

No, it’s just coincidence, some had plans before me. Maybe my date came first. So we all got married at our own time.

How will you describe your wife?

My team mate, my mother, my daughter, my number one fan. She laughs at anything and everything I say. She is the reason for the hustle.

We recently saw some posts on social media tagged ‘‘Double Impact’’ with Madam, is she joining you anytime on stage?

Yes o!! She will be showcasing her musical prowess to the world; you need to listen to her sing. To be bigger and better. The world will hear my voice from this city. O yes!!!

How do you feel when upcoming acts approach you for mentorship and what’s your first advice?

It’s feels good, I started like that too. My first advice is going to school, be a graduate and this job will be sweet and easy for you.

What do you think of the platform CalabarBlog.Com?

It’s our voice, it a platform for us to speak to Nigerians. I’m in love with CalabarBlog.com. Keep pushing soon we will have to refer to you guys in all our performances.

Support entertainment, support Mc Mbakara and all other entertainers. We won’t disappoint you. God bless you and fulfil your heart desire.

We hope you enjoyed your time with us.

Do not hesitate to get in touch with us.