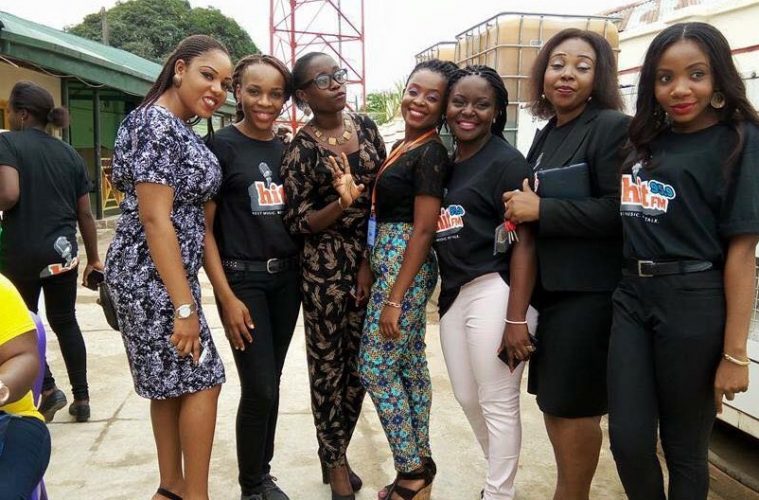 Je suis Uke, the spontaenous, witty host of the HIT BREAKFAST SHOW which airs weekdays 6am-9am. I am passionate about my mic, family, God, movies, music and books (not necessarily in that order). An avid reader, writer, event compere, and language lover. Off the mic, I play Tennis, have no hopes of going pro but just may be cast as ‘Ifemelu’ in the movie adaptation of AMERICANAH. lol. Duke Emmanuel is a radio personality, television host, content producer, voice over artist, record label executive and Event Compere. He holds a degree in “Geography and Environmental Science” from the University of Calabar. Duke has been on Radio & TV for 2 years before joining Hit FM, He started out at Cross River Broadcasting Corporation where he used to host the station’s flagship breakfast programme “Good Morning Cross River” and the “Afternoon Show” on Paradise FM. He is also the host of “Top 5ive” an entertainment programme on TV.

A presentable, intelligent, well spoken and responsible professional, Duke is an avid lover of humanity and hopes to positively affect lives through broadcasting.

When he’s not on the radio hosting the Hit Drive time, he’s probably listening to music, travelling, swimming or reading.

He has won and been nominated for numerous awards including the Nigerian Broadcasters Merit awards and the Niger Delta Achievers Merit Awards. Born on October 24, Ralph “Fresh R” Udofa usually dubbed as “The Freshest of Them All” is a charming Radio Personality, TV Host and Content Producer armed with an arsenal of music knowledge that would blow your mind away. He has been on Radio professionally for 4years before joining Hit 95.9FM.

A graduate of Human Anatomy from the University of Calabar, Ralph has been able to prove that talent is what drives him to achieve his best on a daily basis.

Ralph, currently hosts “The Late Night Sail” Mondays – Thursdays from 10pm to 12midnight. The show is a blend of smoothness, slick and love; playing the best R&B and soulful hits on the Late Night Belt and also Co-hosts “The Hit Drive Time” every weekday from 2pm to 5pm.

He has a strong compelling personality which is sure to keep you glued to your radio set, once you tune in. Always with a mini-radio set, Ima has been heavily influenced by music. Born on the 13th of match and a graduate of mass communication, Ima is that loveable piscean who is passionate, a helpless romantic and a good listener. As a huge music head, chocolate junkie and a social media lover. she is habitually up to date with the latest in music, gossip, news and events.

Just like the Efik interpretation of her name, you are bound to fall in love with her daily because she has the flair for choosing the right topic and delivering the best music to suit the mood.

Join her on the Late Mornings weekdays from 10am-12noon. Also, connect with her on twitter with the handle @theofficialima. He is a talented comedian/compere whose fluency in pidgin is the best. He anchors the one and only OTWETWE RADIO SHOW. A Pidgin English show that is aimed at educating, informing and entertaining the listeners with the fuse of comedy, music, interviews and interaction with listeners