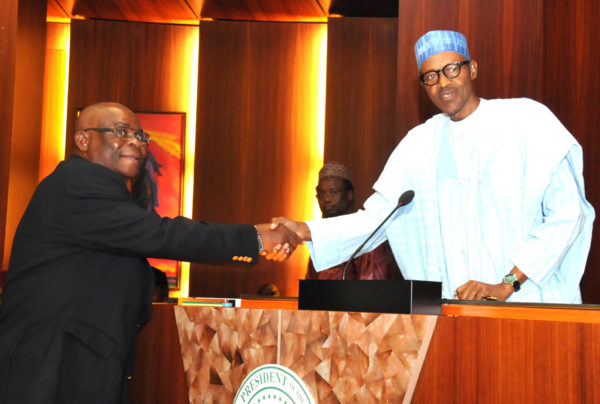 The man Justice Onnoghen was born on December 22, 1950 at Okurike in Biase Local Council of Cross River State.

He attended the Presbyterian Primary School, Okurike, between 1959 and 1965.He later proceeded to Accra, Ghana, to attend Odorgorno Secondary School, Adabraka, Accra, Ghana, between 1967 and 1972 for his West African Examination Council (WAEC) exams.

Onnoghen was at Accra Academy, Accra, Ghana, between 1972 and 1974 for his WAEC (A-Levels) before proceeding to the University of Ghana, Legon, Ghana, between 1974 and 1977 to obtain his Bachelor of Law Degree (LL.B (Hons) and graduated with 2nd Class Upper Division.

Onnoghen was later appointed as Chairman, Judicial Enquiry into the crisis between students of the University of Calabar and Obufa Esuk Orok community, Calabar, in 1996, and Chairman, Failed Bank Tribunal, Ibadan Zone, in 1998.

He was appointed a justice of the Court of Appeal in 1998 and left in 2005 when he was elevated to the apex court. A fellow, Chartered Institute of Arbitrators, Justice Onnoghen has attended several conferences and seminars around the world and is a member of the Body of Benchers and Life Bencher.