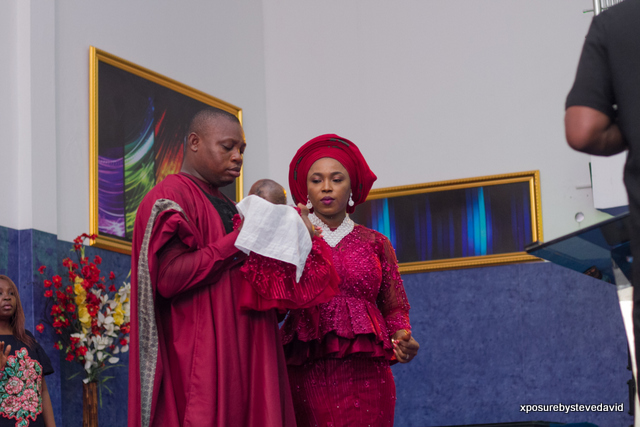 The family of popular Calabar based musician Effiom ‘Trombone’ Bassey took their daughter, Linda Samantha Effiom to church for dedication on Sunday, 15th of April 2018 at Grace Consulate, Calabar.

It was a service of songs and thanksgiving to God for numerous blessings on the family. Mista Xto surprised the congregation as he grabbed the mic to lead in praises after Mrs Janet Effiom testified to the goodness of God upon their lives.

The Reception followed immediately at Keves Inn & Suites and it was a good time to mingle. Cross River State Commissioner for Culture and Tourism Development, Mr Eric Anderson, joined friends family and well-wishers to felicitate with Trombone who is the leader of AYADE Band.

While giving his vote of thanks, Effiom said ‘my family and I are grateful for the show of love , our baby’s dedication would not have been a success without your support and presence. May God bless and reward you abundantly in Jesus name, Amen.’

See the event in pictures…