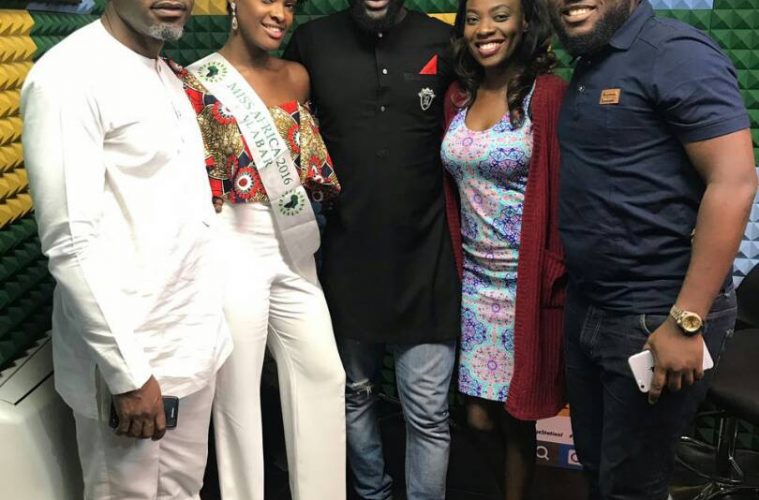 The Miss Africa beauty pageant is hosted by the Cross River State Government with a global theme #climatechange, It’s a pageant with a difference, that involves not just beauty but brains, poise and purpose.

In a bid to further spread the call for registrations that kicked off on the 1st of July, 2017 across all the regions in Africa, Queen Neurite Mendes, the reigning Miss Africa 2016/17 and the Miss Africa team have moved their campaign invasion to Lagos.

On Friday, 14th July, the Queen started her interview at the @thebeat999fm on the morning show with OAP Maria in an exciting session that was live on air at 10:00am. Next stop just before the Lagos noon rush was the Queen’s second interview with VJ Adams, the popular TV and radio celebrity host at Sound City radio 98.5fm which was also streamed live to a wide audience on their website. And at lunch time, Queen Neurite Mendes and the team spent the afternoon laughing their hearts out with the talented and super hilarious @officiallolo1 of @wazobiafmlagos live on radio and streamed on their website with millions of people commenting from all over the world. And just before the night time drive at 8pm @inspiration923fm with their all female OAP crew, they spent the evening with the Queen talking about her life since she won the crown and what it takes to join the contest this year.