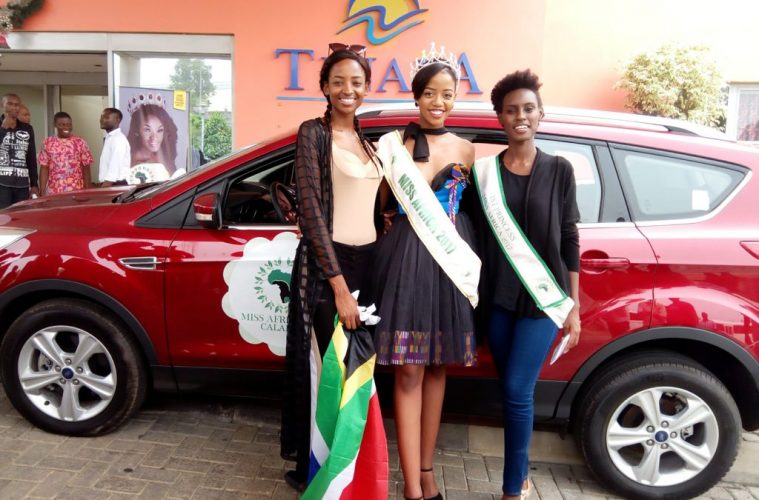 Motswana, Gaseangwe Balopi had emerged winner and was handed USD35,000 cash with the key to the SUV by the Chief of Staff to Governor Ben Ayade of Cross River, Mr. Martins Orim Friday afternoon at the Tinapa lakeside hotel in Calabar where he described her as the queen “that will return our people back home.”

“The beauty of Africa. The Queen that will return all our people back home to our mother Africa. The richest continent in the world. You deserve even better than this,” Orim said and charged the Queen to live above board and make Africans proud.

“The beauty is not just the physical beauty. The beauty of the heart, beauty of character.

“I will advise her that during her reign, she should reign and make us proud like the former queen and I will support her all through her reign.” Mr. Orim also commended Governor Ayade and disclosed that he views him as the leader of Africa due to his vision.

“Let us not look at our skin, our color as a disadvantage, we should look at our color as our strength. That is why the Governor has created this platform to be able to preach that, to instill in us that confidence of Africa that whatever we think is out there, we can make it happen here in Africa,” said Orim Addressing journalists after receiving the prizes, the reigning Queen, Gaseangwe Balopi said she was elated to become an ambassador for both climate change and migration; two problems she said are “serious, Migration is a serious problem that is happening and we need to fight it and I will be the weapon that Africa needs to be able to move forward and become the powerful continent that we all know we can become,”

On her journey to winning the crown, Balopi averred that it was hectic as: “There were beautiful and intelligent women and I would not say for sure that I knew I was going to win. “But, there was something in there that told me girl you have it in you and that is the kind of push that Africans need to have; to be confident in themselves and to be able to stand up in any situation that they are given and work and push which is what I did.

“We need to unite as Africa, we need to know our roots for us to know where we are going in the future and I can’t wait to work with everybody.”