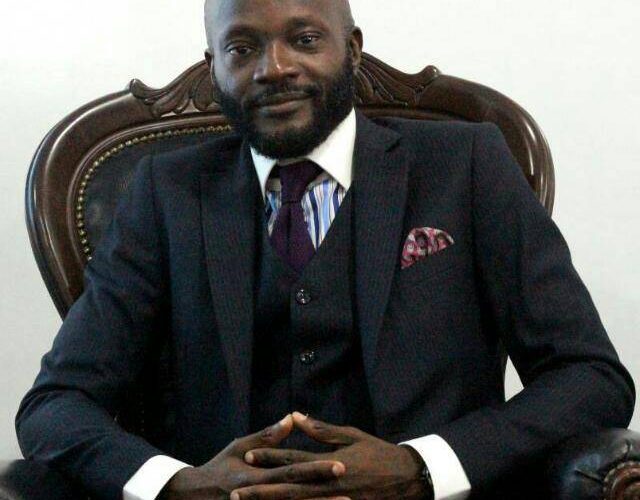 The Cross River State Government has said it plans to use paid texting platforms, ticket sales and content marketing amongst others to generate money to support the Miss Africa beauty pageant as a means to ensure its sustainability.

The Senior Special Assistant to Governor Ben Ayade on Governor’s office, events production and tourism, Mr. Thomas Ikpeme disclosed this in an exclusive interview where he bared his mind on issues ranging from events management to the Carnival Calabar and Festivals.

“There will also be the voting and we are discussing with DSTV who would also be partners. We are looking at 20 to 30 percent votes online, by texting across Africa on the Dstv platform and the rest from the main pageantry.

“We believe that miss Africa is an event that can sell itself and be self sustaining. I am not going to give particular figures but we know what the social media can do and we are looking for how miss Africa can make money through miss Africa. That’s why there is online registration for the forms which you have to pay for, then the voting across Africa, just as Big Brother does it, and the sales of ticket,” Mr. Ikpeme said when asked about the plans to sustain the program which started in 2016 with Angolan, Neurite Mendes won.

He said the state intends to use the event to market the state’s tourism potentials with the eventual representatives of the 37 countries participating in the second edition to spend one week up the ranch.

“We are reaching out to DStv to make open their channels so that as the ladies are in camp, which would come in two phases, the first phase would be in Obudu ranch because we want to sell the place, we want people to know it still exists and it’s still functional.

“There may be some slight challenges but it’s still very very functional. The governor has assured miss Africa and Cross Riverians that the ranch would be ready to host the pagentary the first one week which would be the first phase.

“We are using miss Africa to sell tourism as well in Cross River State. Having 37 ladies from 37 different countries utilise and post on social media while in the ranch is for tourism.

“We would have the second phase in Tinapa which would be to achieve the same purpose. So we believe we can sell the destination Cross River brand to the world through miss Africa pageantry,” Mr. Ikpeme said.

He said that: “It can’t be a replacement, what we have now is something that encompasses the whole of Africa. Last year we had 18 countries and this year we have 37 countries with over 500 ladies that have actually registered across 37 countries in Africa.

“It is bigger than what we had before. we are trying to use this to sell Cross River, not just in Nigeria but also in Africa. The 18 ladies from the 18 countries that took part last year have set up offices for climate change in their various countries.”

The event was postponed from its earlier date and Mr. Ikpeme said this was a strategic decision to ensure maximum marketing.

“Instead having people come for the pageantry event and return again on the 27th of December, we have decided to use this event to usher in the Calabar Carnival on the 27th December,” said Mr. Ikpeme.

And, he said with registration closed, auditions will hold first in Nigeria where the Nigerian representative will be picked before the continental auditions after which the contestants will be unveiled in a press conference.

“We have 18 offices already in 18 different countries so we would have the auditions almost spontaneously for the other 37 countries which we want to use the whole of October to do.

“Then by first week of Nov, we should have the world press conference when we would unveil the contestants representing the 37 countries and also advertise our partners, sponsors and artist.

“We are not marketing them but advertising the contents that make up the event. Basically, we are going to be everywhere,” said Ikpeme.

On the planning of the 2017 edition of the Carnival Calabar and Festivals, Ikpeme said Cross Riverians should be expecting the “boom boom.”

Ikpeme said the department has had several sleepless nights planning the 32 day festival and he disclosed that there will be a ‘The Power Week’ slated to run from December 22 to 31, 2017.

“We would have visiting bands competing with the Calabar Carnival band and on the 30th, we would have the street party and gymnast. We have a cultural event on the 26th and the largest festival on the 27th. We would also have what is called the bikers’ parade. The shift in date is to allow those who would not have come in yet to come in,” he said and addressed the idea of spreading events across the state.

“There is the introduction of the northern festival which covers 5 local government in Cross River, that is, Ogoja to Obanliku and we also have the Leboku festival in the central. It’s a cultural event but it’s a start.

“In the south, we are looking at being part of the Etukubom which will begin on 21st to 23rd of December.

“On the 21st will be a boat regatta and displays of the Efiks and riverine people. On the 22nd, there will be a Royal Efik boat which will also showcase all the costumes and attires of the Efik group. on the 23rd will be the Utomo Obong group where all different Efik families will come and pay homage and show solidarity to his eminence, the Obong of calabar.”

The first dry run of the 2017 Carnival is expected to be declared open by Nigeria’s Minister for information and culture, Alhaji Lai Mohammed.

Also, there have been complaints of non payment of fees by performing artistes in the past editions as well as the featuring of lacklustre home based artists on stage.

But, Mr. Ikpeme said that a creative approach was employed to work within the shrinking economy and his office will work closely with artists to give Cross Riverians a befitting Calabar festival.

He said that: “The economy is poor and even some of our sponsors depend on the Nigerian government and there is low patronage as a result of this.

“For sometime the state has been on zero allocation, so we have been tasked by his excellency to go out and look for this money. We have a strong marketing team. Though raising of funds from them has been like squeezing water out from the rock but this year has better prospects. With this festival, there are corporate organizations coming in, so we are getting there.”

On home based artists to perform, Mr. Ikpeme said that: “We are going to work with the Cross River state chapter to get the best artists on the platform for the world to see.”

By Jonathan Ugbal and Grace Orok