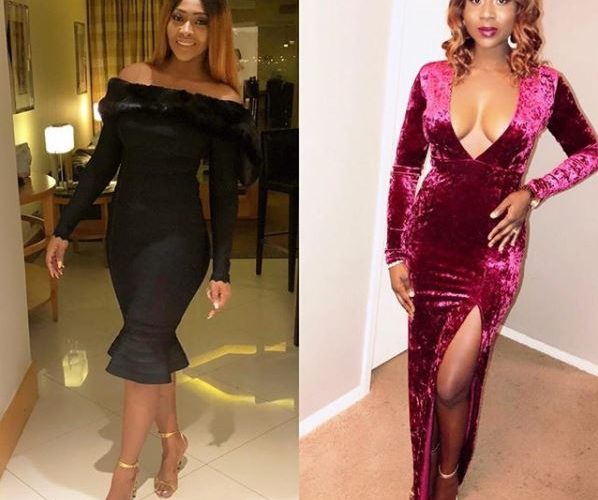 MOTHERSDAY: UBI FRANKLIN CELEBRATES HIS ESTRANGED WIFE, LILIAN ESORO ALONGSIDE HIS US BASED BABYMAMA

Music executive Ubi Franklin took to Instagram to celebrate the women in his life on mother’s day. He merged photos of his enstranged wife, Lilian Esoro and his US based babymama with a lenghty caption that reads;

Everything that God created thrived where it was placed. He spoke them into existence. Man came into existence in God. God created man a spirit. So man relates to God by the spirit. We shall worship God in spirit and in truth. After God created man, He blessed him. The first thing man heard God say was to be fruitful. God said to mankind, “Produce.”

God put productivity in the soul of mankind and we’ll never be fulfilled until we produce something. We weren’t created to consume. We were created to produce. Before God brought man his helper, He created in him the desire for a companion. God gave man desire by design to draw him to becoming productive.

God is the engineer of desire. He has designed us to want the destiny He has planned for us. As long as you abide in God, make sure you don’t minimize your desires. Don’t turn loose what you have envisioned. How bad do you really want it? If you just desire it, God will bring it from wherever He needs to bring it. God is healing the place in you that isn’t producing. If your hopes have been dashed, don’t give up. Say to yourself, “I still want it.

Everything God promised, I still want it.” There’s something I your life that has fallen in the sane and the devil has told you it’s over. Pick it up and wash it off. Don’t give up. What did God design in you to desire? You can still have #DesignedToEmbraceDesire(@bishopjakes)

Happy Mother’s Day
Thank you for always holding it down in my Absence.