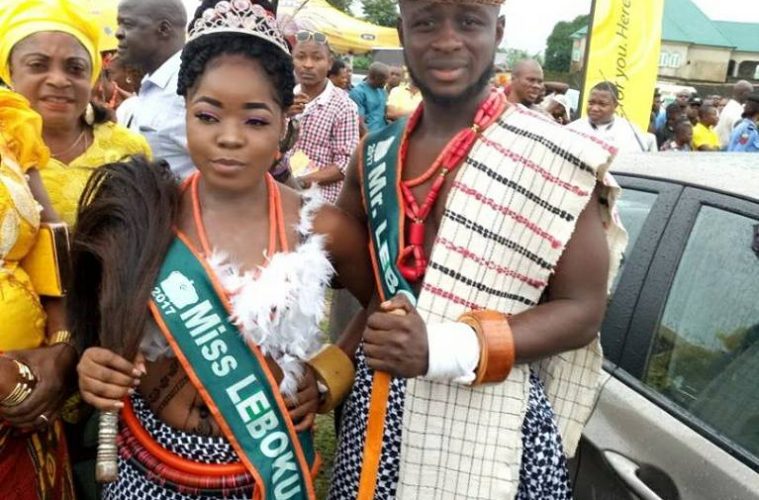 Robert Ofem, a Lagos based artiste and Cecilia Iwara, a 300 Level, English and Literary Studies student in the University of Calabar on Sunday 20th August emerged as winners of the 2017 Leboku pageant. They were crowned early Monday morning at the Ubi Ujong Inah conference center in Ugep, Yakurr local government area as part of activities marking the 2017 Leboku festival which is the celebration of the harvest of yams. Robert Ofem hails from Aneja Ijom while Cecilia Iwara hails from Ketabebe Ijom, all in Ugep.

The duo were unveiled yesterday, Tuesday, 22nd August at the Leboku festival grand finale held at the Ugep Township Stadium.

They where both presented with brand new 2013 Hyundai Elentra saloon cars.

They are expected to motivate and inspire young ones to live modest lives and volunteer services to their communities as well as promote the culture and traditions of the Ugep people.