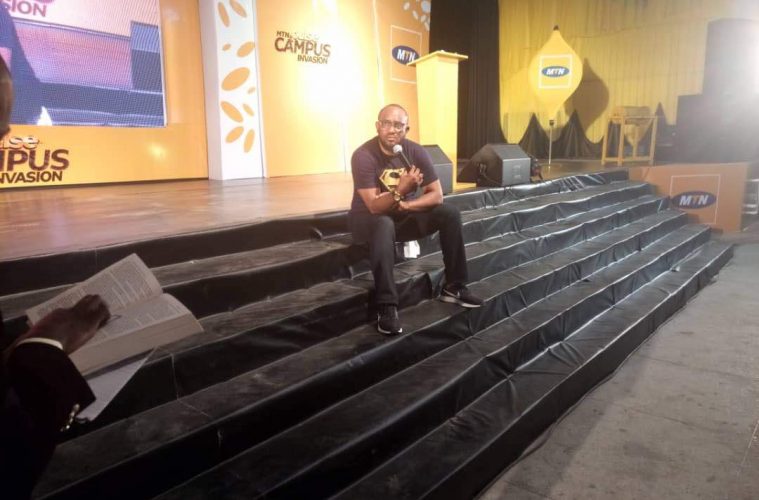 MTNPULSECAMPUSINVASION: GET A JOB BY SELLING YOUR C.V THROUGH THE SECURITY DOOR – BUSINESS COACH TELLS UNICAL UNDERGRADUATES

A motivational speaker and business coach, Mr. Steve Harris has tasked students of the University of Calabar to desist from going the conventional way by selling their résumé through the front office which may never get opened.

Harris, who said he dropped out of school at some point shared a short way of getting a job through the security door while speaking at a forum organized by telecommunications giant, MTN for students of the Varsity on Thursday.

“So many students graduate without eventually getting a job. You might not be able to get a job because there are so many graduates without job. So imagine doing this; wake up in the morning, take up your resume, go to the gate of any organization you will like to work, maybe a bank, stand there very early in the morning and start welcoming customers with a smile, then thank them for doing business with you as they leave, keep doing this for at least three days, I promise that somehow the management will call you and give you a job,” Harris said.

He was speaking on the theme: “From College Drop Out To Corporate Sell Out,” where he explained that while studying at the University of Benin, he was offered admission to study ‘Industrial Mathematics,’ a course he had no passion for, which led to his poor performance and eventually his withdrawal by the third year.

Citing his experiences and advising students to use their talents to get what the want, Harris maintained that; “life does not give you anything, but it offers you everything, which you either accept or reject,” adding that: “It is not what you don’t have that limits you, but what you have but don’t know how to use.”

He further said when he got directed to learn under Fela Durotoye, he sowed his wrist-watch into his life which later got him the opportunity to volunteer for his company until the day the opportunity came for him to speak to staff of Diamond Bank at Lagos which turn his life around to what he is today.

Also, he advised those who have passion to become public speakers to volunteer in any reputable public speaking event in order to learn until the opportunity opens for you to also speak.

The event tagged, ‘MTNPulseCampusInvasion’ also featured talks from Mrs. Tara Durotoye, the wife of a presidential aspirant, Fela Durotoye who tasked entrepreneurs to have value based ideas and google trainer, Mrs. Destiny Takon who spoke on leveraging on the internet to maximise potentials.

“You must have a values based idea,” Durotoye said. She charged entrepreneurs to, “think if it is the right time for the business to be introduced, how much money you need to start and start from where you are.”

She admonished students to implement the ideas in their heads and consciously grow such to become big businesses. She harped on the need for people to have self believe as there will always be people who doubt dreams.

Mrs. Takon who spoke on ‘Google Digital Skills,” while explaining the differences between the traditional and modern marketing, noted that: “Unlike the television, radio, newspapers and magazines, the internet and modern technology meets a wider range of audience instantaneously with little or no cost at all.”

Takon also advised all to stay safe online by, “creating complex passwords, not sharing financial details online, not sharing future travel plans, doing business only with sites with hyper text transfer protocol secure (https), as well as not posting things you wouldn’t want others to share.”

The program has been ongoing for years and a visually impaired beneficiary of the telecom networks scholarship program, Mrs. Uduak Edoh urged students not to give up on life but to press forward and keep going until they get to the point of success.

The event featured a raffle draw with with 10 winners getting a free copy of Mr. Harris’s “From School Drop Out To Corporate Sell Out.” One winner got an iPhone and headset from the telecom network while Google offered certificates of completion to the students.

See pictures from the activities below; 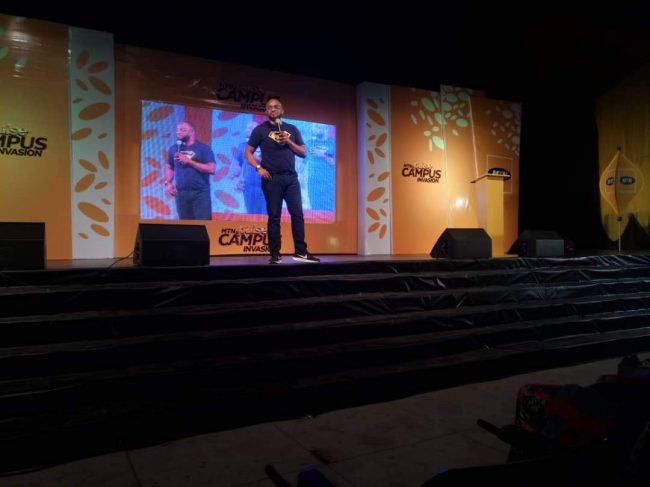 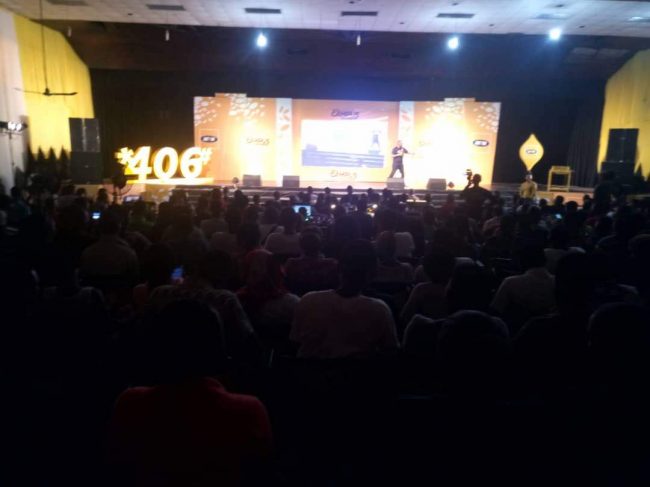 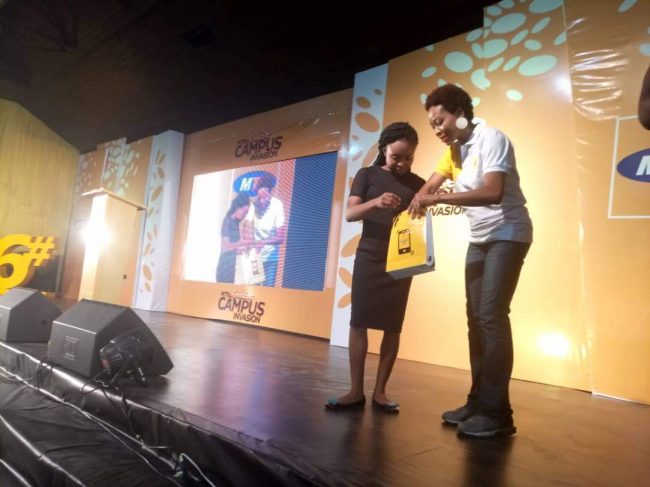 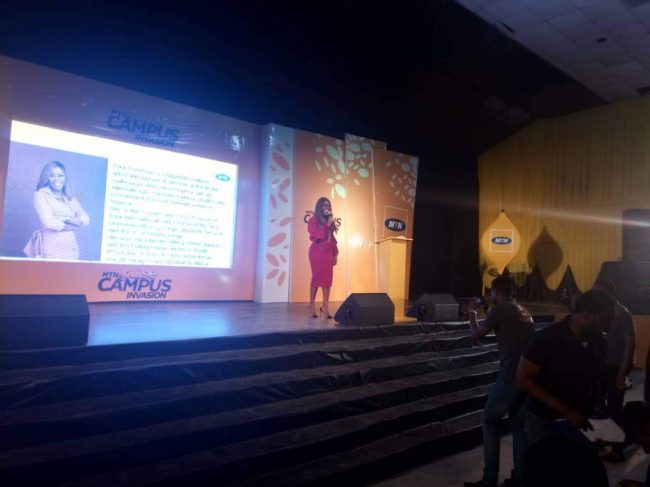 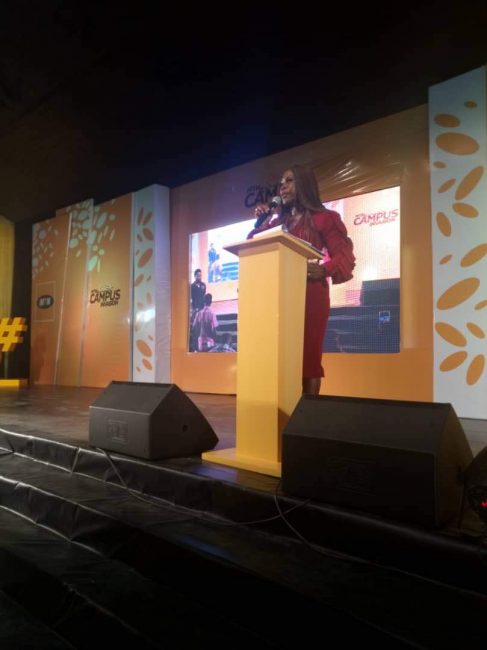 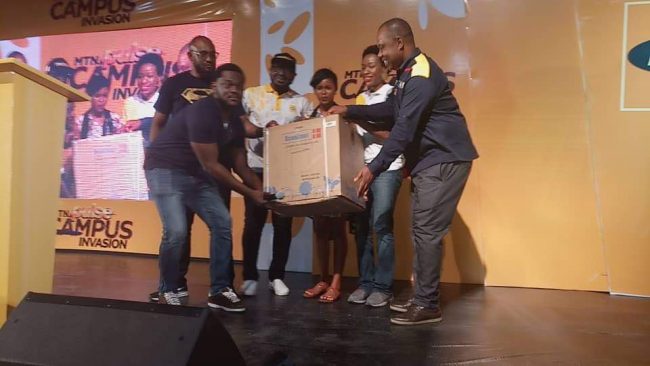 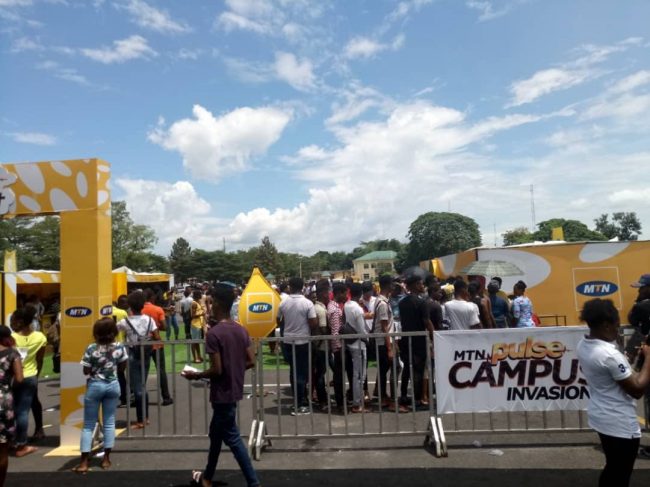 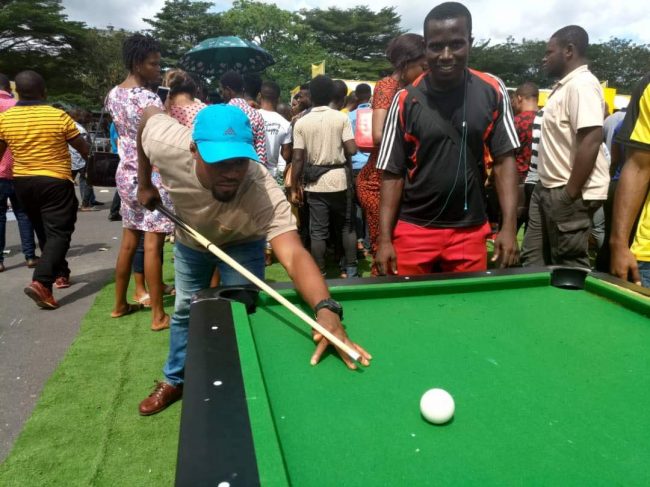 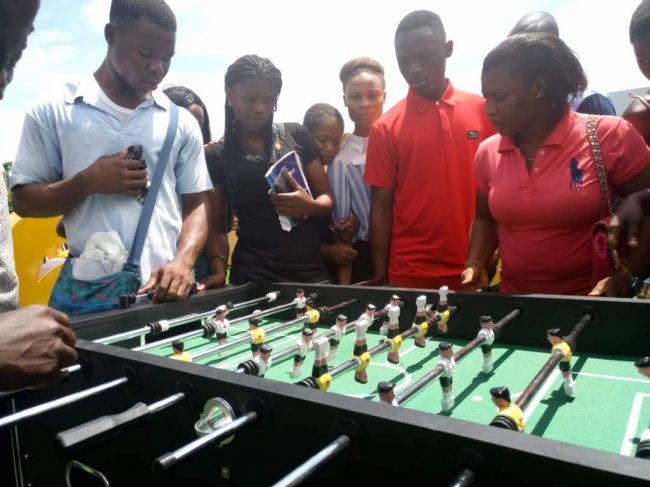 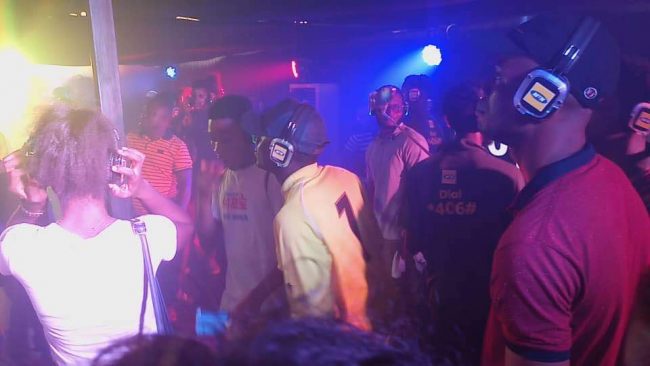 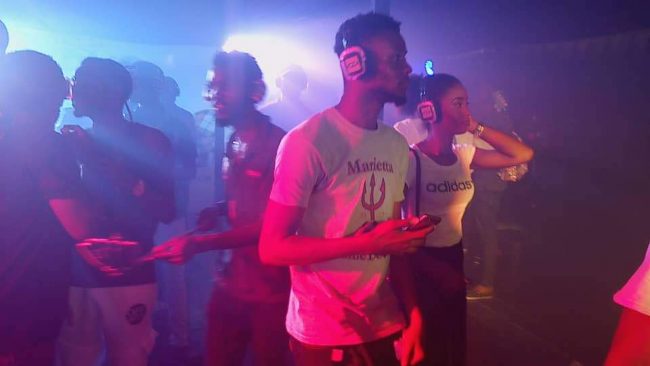 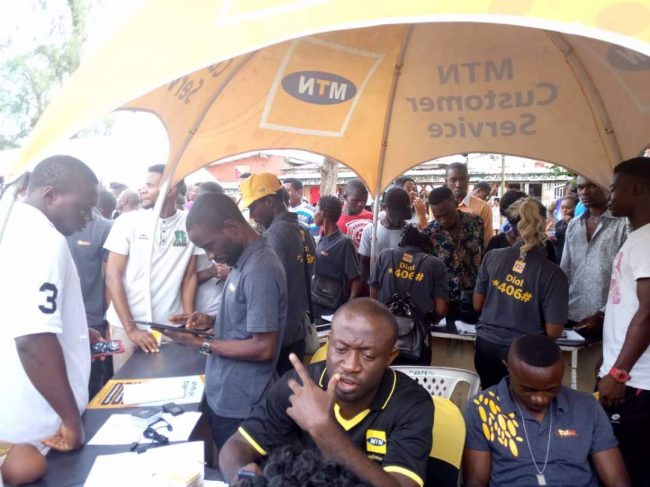