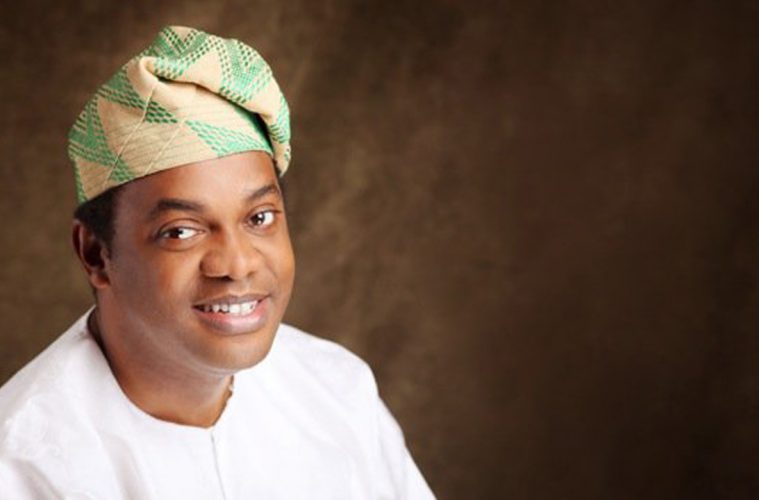 A former Governor of Cross River State, Donald Duke has called for the entrenchment of policy continuity in government to avert non-execution of projects that are designed to transform the infrastructural and economic landscape of states, the people and the country at large.

Duke stated this at the 2017 conference entitled: “Effects of Made-in-Nigeria Products for National Development” organized by Greenspring Group in Lagos.

Speaking on the effect of non-continuity of the abandoned multimillion Tinapa project in the state and on national development, he said Tinapa was supposed to be everything people hoped to see in terms of business, leisure, entertainment and tourism as it was built to be a reference point for the entire south-south, the state, Nigeria and the world.

“Tinapa was built to become the business arm of that tourism effort where people can come in and shop during annual vacations. Tinapa was developed to become a welcoming effort for hotel, massive Nollywood studio with standard equipment and malls.

“A total of area of 860,000square feet and that is not small. We set up a structure, had nine flights coming into Calabar everyday and an estimate of three million people were expected to come in.

“For instance while we have a million people coming in by December because of Carnival, Tinapa was supposed to increase that number all year round and so you have three million people coming in every year and if they spend an average of 100,000, you are looking at N300 billion and when you use the multiplier effect, that is over a trillion naira which as at the period 2005-2007, was almost a quarter of the national budget. That was the expectation when Tinapa dream was berthed”. Meanwhile, the convener of the conference and group managing director of Greenspring Communication Limited, Peter Nwochie, in an address urged the Federal Government to promote a law that would enforce the total consumption of made in Nigeria product by all Nigerians.

He noted that there is no other way to increase the fortune of the country than for Nigerians to be the architect for developing their country by consuming the locally produced goods.

Duke, who was represented by Omoruyi Edoisiawere, posited that stakeholders should put it on the front burner especially to the present administration to look at it and make sure that the potential of the project does not die.

“The foresight the initiator had is to invest so much effort to bring it to a stage where it can’t be killed. It can only be abandoned for a while but it will always be reminder to the people of cross river of potential that needs to be tapped and so that is the entrenchment which he brought to bear.

“We want structures to be in place that would outlive successive administrations and that would continue to grow and outgrow itself. A couple of efforts is being made by the present administration, but there is so much that could be done”.

Speaking on importance of infrastructural development for national development, he bemoaned that at the moment the project is currently running at a very low capacity far less than it should be.“If you have been to a city like Lasvegas in United States of America, it was a desert to say and what they did was to turn it into a place where people come to have fun and make money out of it.

“We looked at Cross River, which has a great potential of a welcoming people, clean, and the former Duke administration decided to focus on tourism and to improve on it. It is not always good to see what you have started not attaining its potentials, it becomes a burden that the initiator carries everyday when people walk up to him and say you built Tinapa, what happened, of course a new administration happened and you can’t tell such administration what to prioritize. However, you can only be a voice in the background to let them know that the project is still there.

“The good thing about it is that Calabar has people from every part of the country and a very lovely place to stay in. It is not just a Nigeria project but would be one of the Africa largest business concern like the Calabar Carnival which is one of the Africa largest which every in the country looks forward to attend or watch live on the television.

“The lesson it teaches us is to look at what you have and find out how best to you can use what you have to launch yourself and put yourself on the world map. There are couples of bureaucratic issues on it too and when those issues are resolved and minds are averted to it, it would not only attain its full potentials but it would be a glory to the entire nation,” he said.

On whether there should be a law to forestall abandonment of projects by successive administration, he explained that,”Nigeria is not short of laws, we have laws for everything but the average citizens does not understand the power in his/her vote and the rights he has especially to demand proper government from the leaders in government. The people must be politically conscious of what they need from government”.