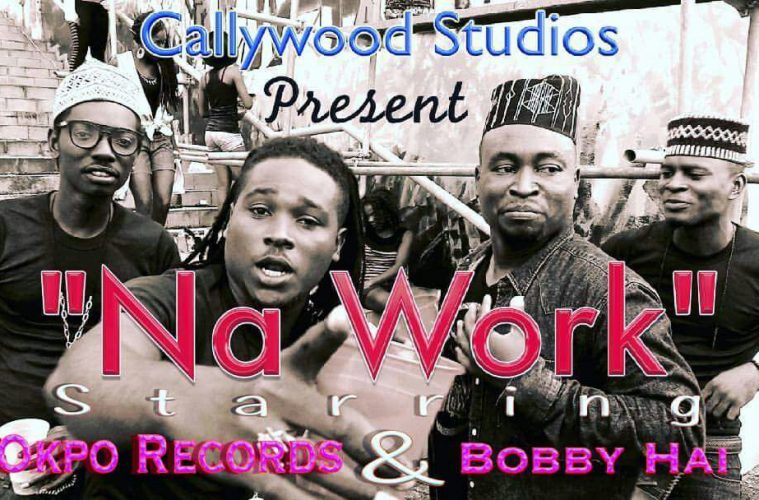 Sensational indigenous music group, Okpo Rekordz has dropped the video for their hit single ‘Na work’ on the Callywood platform.

The video directed by Hairbreed was shot on location in Callywood, Tinapa, Calabar, the Cross River State capital and features the group known for promoting an Efik accented Nigerian patois, Pidgin and English and some models painting graffiti works on the walls of the Callywood studios.

It is the first music video to be released on the Callywood platform. According to a message shared on social media by Callywood boss, Egor Efiok, She said

“Please let us make this very catchy tune go viral. Retweet my message, tag MTV Base, Sound City and as many music channels as possible. We have Olamide (Yoruba), we have Flavour and Phyno (Igbo); We have never had music from Cross River State flood our screens & radio stations and Okpo Rekordz are like what Dagrin was to Lagosians. Even without understanding the language, if you listen to their songs, you’d get my drift. Callywood Studios decided to do a Cross River and Hausa collaboration, as Hausa music is also hardly played and Bobby Hai is Hausa’s answer to Phyno.

Let’s do this! Let’s make this video go viral! Let’s go there!!!

Watch the video below and pay attention closely to hear the secret they reveal about Governor Ayade.