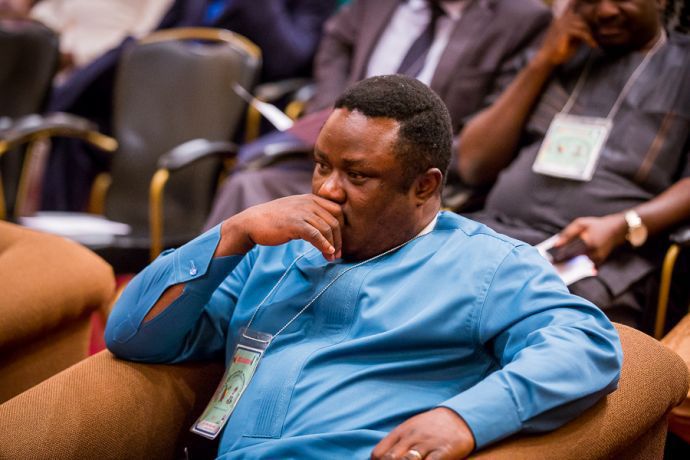 Cross River Governor, Senator Ben Ayade has for the first time explained that the reason behind the decision to present NGN1.3 trillion as estimated spending for the year 2018. He said it was because the investment outlay for the year is more than that.

Mr. Ayade disclosed this while addressing the Kasuk 2 community in Calabar when he broke ground for the USD1 billion Calabar Virgin City which is a partnership arrangement with Mark Sino construction coy limited.

He averred that: “When we gave a budget of NGN1.3trillion Naira, I knew why my budget was 1.3 trillion because my investment outlay for the year is actually going to be much more. We are doing a 276 kilometers six lane superhighway, fully digital plus a deep seaport of 20 meters draft, the deepest port with a three kilometers shoreline”

“That is the biggest port in Africa. The road is the biggest in Africa from the poorest state in Nigeria. It means that the man sitting there… I can’t say all of these if I don’t know what I am doing. Why am I a Professor? Why am I a Lawyer? Why am I a Senator? I know what I am doing. So, when I announced the budget what happened? a lot of investors started coming. There must be a lot of money ready to be spent in Cross River State. And they started coming. Now, their (Mark Sino) investment is one billion dollars. That is over 360 billion, almost 30 percent of my budget has been met. From my 1.3 trillion, I am already sure that I have at least 360 billion from my 1.3 trillion budget because the sophistry and understanding of a budget is providing a vehicle and a warehousing structure where the concepts, dreams and visions of a state organ is warehoused”

“And, a budget is the aspiration of a government. Unfortunately over time, instead of the application of the deficit budgeting strategy, we have gone for the enveloped strategy which is limited by scope, applicability and use.”

Mr. Ayade had on November 30, 2017 presented the 2018 appropriation bill tagged; “Budget of Kinetic Crystallization” with a view that it will cater for the state’s infrastructure needs for the next decade. The budget drew mixed reactions from residents and Nigerians has since passed second reading in the house and is expected to be passed into law with minimal legislative resistance.