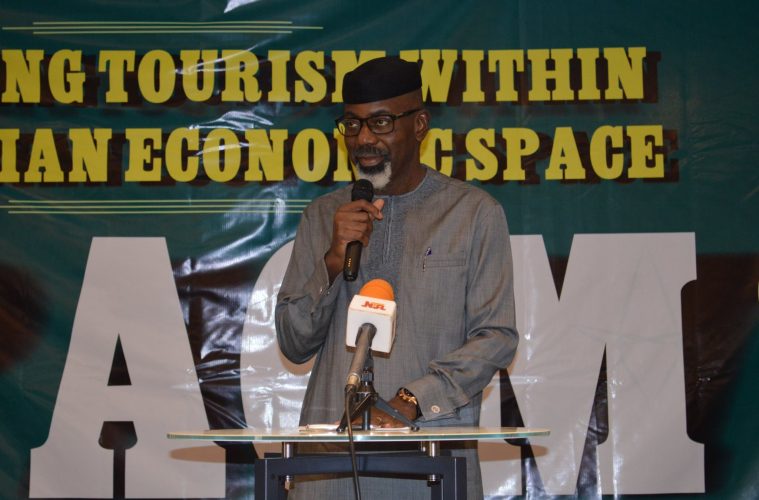 Senator Liyel Imoke, former Governor of Cross River has urged the Nigerian government to uplift the ailing tourism sector of the country through making clear cut policies that would be comprehensible and implementable, even as outlined the various steps in building solid tourism products.

Senator Imoke said this during his keynote speech at NATOP AGM 2017 held today at the Renaissance Hotel, GRA, Ikeja, Lagos.

“Every building must start with a vision,’ the Senator asserted. ‘It was because I was part of the initial vision when young men and women who had the vision for the Carnival Calabar gathered that made it easy for me to carry the carnival from where it was handed down to me to become the biggest street party in Africa”, he maintained.

‘When the government in the center does not have clear-cut out policies upon which development could follow, the operators in the sector, most of them private individuals and stakeholders, have a great problem.

As business operators, so long as the critical factors for the success of tourism business are actually not in your control, it’s a big problem. We need at the centre, a real policy on tourism that would cover every aspect within the sector. Once this is in place, it becomes easy for you to do business”, He explained. Lamenting why the federal government of Nigeria has not thrown its weight behind any formidable tourism product in the country, he explained that in other climes, the governments are the ones driving and supporting their tourism products.

“We have Kenya tourism; South Africa tourism, Uganda, Zimbabwe tourism etc. So, why should it be destination Cross River and not destination Nigeria? For one State trying to move its own alone; therein lies the problem.”

Senator Liyel Imoke encouraged that “challenges needs to be put upfront before you can start building. These challenges include access to finances, policy issues, security, restaurants and hotels with standards below tourists experiences; problems of reorientation of cab drivers etc.

“Sometimes, government interference could be a challenge. Government wants to run everything, but they end up running things down”.

The former governor also lamented that Nigerians are part of the big problem of tourism in the country.

“They are the ones running down Nigeria everywhere in the world. It’s a tourism problem. Tourism is very competitive. And the tourists have several alternatives.

We don’t know the damage we do to our country with all the negative headlines and write ups on papers, social media and online sights.”

“It is also critical that the products need to brand our product. We branded Cross River State as as destination: Destination Cross River. We had a slogan, Africa’s warmest welcome”. We tried not to look outside Nigeria, we focused on Nigeria.

“Brand recognition is very important to us. ‘Clean and Green’ and everybody bought into it. So we branded Carnival Calabar with a logo as the biggest street party in Africa”.

He also underscored the importance of the media in developing Carnival Calabar.

“The media was very important to us. Working with Ikechi Uko,  Goge Africa or Mo Audu etc. Once we could do that, we were able to get up to half a billion naira as sponsorships and that carried a substantial amount of the cost”, He concluded.