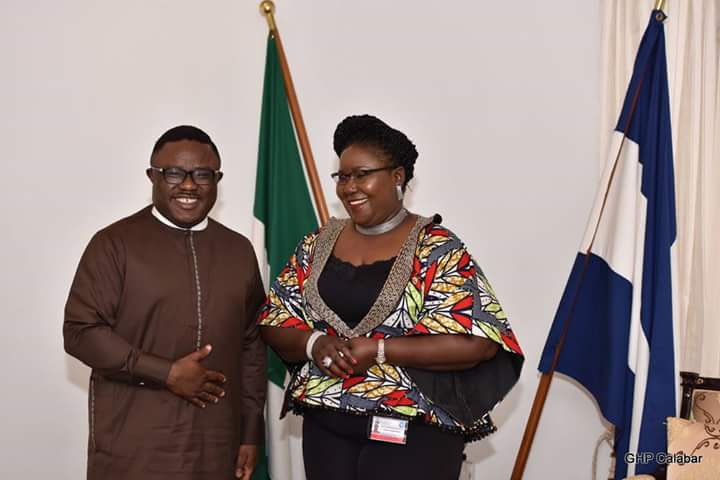 Cross River State Govenor, Prof. Ben Ayade, yesterday, while hosting Semenitari at the state Executive Council Chambers in Calabar, bestowed the special honour on her. Ayade, in his trademark hairstyle, described Semenitari as a symbol of how the strong can help the weak.

While praising Semenitari for saving Cross River State from total economic collapse through her intervention on the critical Calabar-Itu Road, Gov. Ayade said that the state economy, which mainstay is quarry business, had begun to lose to Ebonyi State as buyers and truck owners found the road impassable. “But with your intervention, our quarry business has begun to climb again, putting more money into our purse”, Ayade stated. Ayade, who said Cross Rivers State would host her to a special reception for her special treatment of the state, predicted that Semenitari would enjoy higher national duty having performed well in NDDC.

According to the Governor, Semenitari’s decision to visit far-flung areas of Cross River, “to see for herself the sufferings of our people, unlike some Chief Executives who would direct their directors to go on such journey and report to them”, stands her out as a special gift from God to humanity.