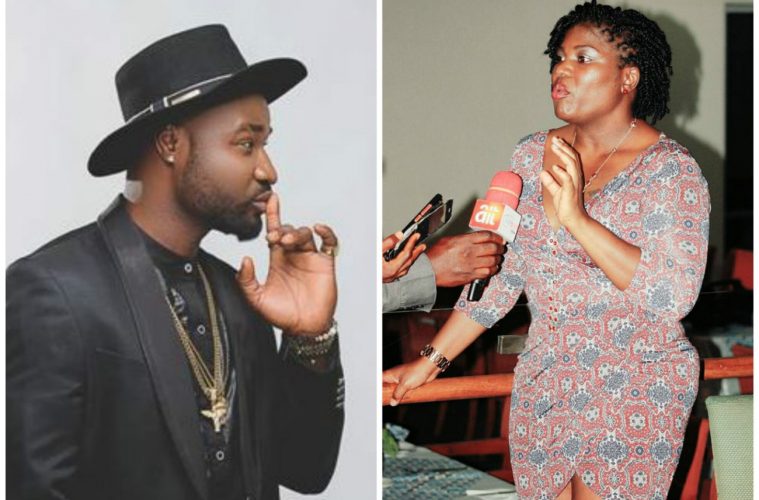 “NEVER BITE THE FINGERS THAT FED YOU, IT HAS CONSEQUENCES” – EGOR EFIOK WRITES OPEN LETTER TO HARRYSONG

Director General, Callywood Studious, Egor Efiok has taken to social media to pen down an open letter to ex Five Star Music member, Harrysong after the management of his new record label, Alter Plate slammed his former label for arresting him.

However, Harrysong went further by cursing his colleague, Kcee, saying he’s frustrated and not talented which is what caught the attention of Egor to the fight, she said no matter happened between Harrysong and his former label shouldn’t have led to the point where he leaves no room for reconciliation.

Read what she wrote below:

Dear Harrysong, I read with shock and disgust on Laila’s blog, your irresponsible reply to your former record label, Five star, via your new rep and failed journalist, Desmond. You have lost even more respect by hiring this ex convict to write this irresponsible statement on your behalf. This Desmond “journalist” was jailed for trying to blackmail a bank manager and some Nollywood stars. This is the sort of company that you left Five Star Record for. Well done.

I do not know what happened between yourself and Kcee and I don’t particularly care, as it is normal/okay for friends to quarrel and go their separate ways; same with husbands and wives. However, you should never fight to the point where you leave no room for reconciliation…nobody knows tomorrow.

You claim that Kcee is untalented and that you are actually the talented one and the person who wrote all Kcee’s songs. You may be right about writing Kcee’s songs, but that doesn’t mean that you are more talented. Truth is, I had never heard of you until you hooked up with Kcee. So if you really were the more talented one, Kcee definitely was the more popular one. Your combined talent and energy was what made your team a success, so you both contributed in your own unique ways.

Never forget that KC and his brother E Money, spent tons of money on you. Always respect them for this and for giving you your first real break. They do not deserve backstabbing in return.

Finally, heed this advice if you are smart: Leave if you want to leave Harrysong, but NEVER bite the fingers that fed you. It has dire consequences.