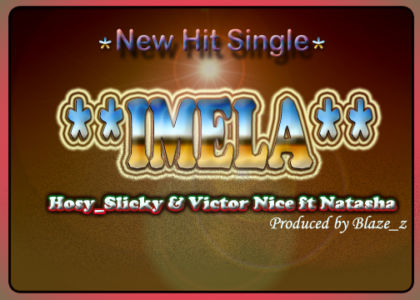 HOSANNA HOSY popularly known as HOSY_SLICKY is a young talented Singer based in Calabar and a student at the University of Calabar.

He drops a new gospel song “IMELA” praising GOD for all what he has done, And he didn’t do it alone but collaborated with his group mate VICTOR_NICE and a female singer NATASHA