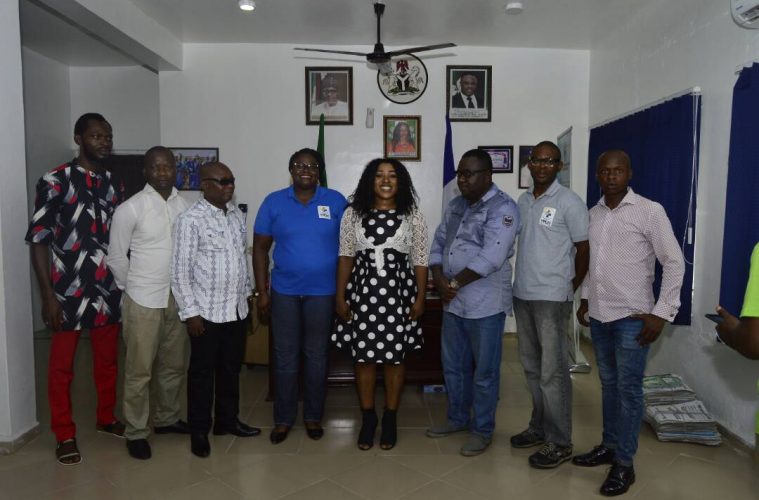 The team led by the state coordinator, Mr. Ukporo made this known while on a courtesy visit to the Director General, Cross River State Primary Health Development Agency (CRSPHCDA), Dr. Betta Edu in Calabar.

In her response, the D.G CRSPHCDA, Dr. Betta Edu commended YPGH for taking the bold step on a subject considered culturally, morally and politically incorrect in our climate even though it has led to the death of millions of young persons. She said “Everyday we have people getting pregnant, teenage pregnancy, we have young people who have sexually transmitted diseases , when you check the indices for HIV/AIDS, check the indices for hepatitis B, it is the young persons that are mostly affected but where the problem lies is that nobody is talking about it, we don’t want to mention it because we think it is not morally correct, we don’t want to mention it because society thinks that anybody who talks sex with a young person should go and burn in hell, but we forget to look at the reality that is facing us everyday, all we need to do like YPGH is advocating for is to integrate this into our normal services on a day to day basis”. Dr Edu also addressed the unfriendly disposition health workers have towards young persons who need access to information and care on their sexual reproductive health she said “ if you walk into a health center and a health worker can smile at a young girl who is twelve years who says I had sex yesterday and I might get pregnant today or I didn’t use any protection so I don’t know if I have HIV or not, if she could give a smile and say okay, you need to do this, you need to do that, can I test you for this, can I test you for that and this are the services available for to prevent you from having unwanted pregnancy, then we would have gone a long way to reduce maternal mortality, to reduce HIV/AIDS, reduce hepatitis and several other diseases”.

She therefore pledge the support of the agency to the course of YPGH, as moving forward YPGH would be part of the agencies trainings, she concluded by calling for creative ways to reach out to young persons about their sexual reproductive health whom culture have shut out.