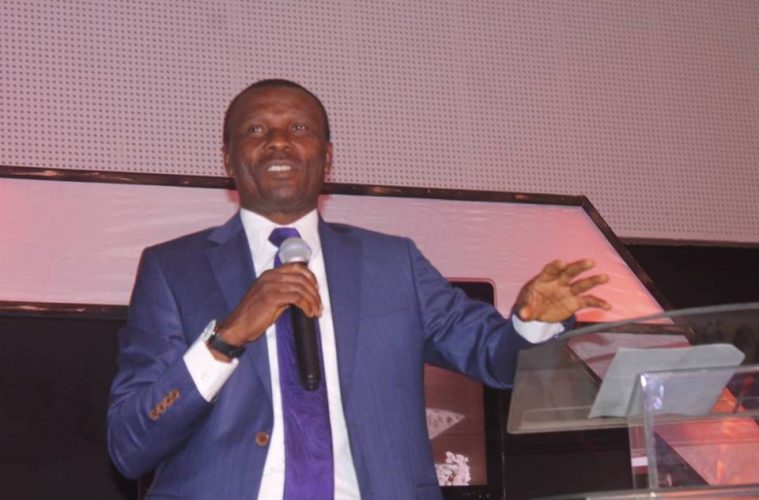 The Cross River State Young And Emerging Political Leaders Forum which is a brainchild of MacDonald Ayamgbe is the largest convergence of youths in Cross River State with a view to chat a new course in politics for the state and the nation.

At the event, the Niger Delta Minister, Usani Usani who spoke on the topic: ‘Youths Rising Above Psychological Imprisonment In Modern Day Politics’ disclosed to over 1000 youths present at the event that he started being relevant in politics at the age of 30, and have never been accused of under performance.

“Age is not a feature of leadership, from the early 90’s, I have been sponsoring people into political offices, from local government, up to the state, and beyond. Age is not a determinant of capacity.”

The Minister said he is not in politics for immediate gratification, and urged youths to act based on self conviction, and not on what is available on the table.

The Minister also took jibes at the audience by saying: “every turn has its time, and every time has its turn. This is time for APC, don’t kill us because you will soon join us.” Outlining the attributes of modern day politics, which according to him are “politics for private pocket, killings, and godfatherism,” the minister advised youths to “seek mentorship not only from men of money, but from men of mental quality.”

Speaking further, the Niger Delta Minister said in a global political economy, capitalism always prevail, and tipped youths to get ready to be psychologically released from imprisonment.

“Getting ready to be psychologically released from imprisonment is getting ready to get out of the meleu to be used as tool for destruction. Youthfulness is not forever, every passing day, find a reason to make good use of your life. A man that must liberate the world must first liberate himself.”

He added: “For Nigeria to grow, we must look beyond familiarity, ethnicity or religion. Without the dept of building an economic root, and without the possibilities of emerging leadership, the hope gets more hopeless.”

The Minister advised the youths to build capacity, right morals, good direction and courage, as this are the virtues and principles that can help them become what ever they want to be.

Also at the event, The Senator representing Cross River Central Senatorial District in the Senate, Senator John Owan Enoh challenged youths to punish their leaders who have not done well by voting them out of office in 2019.

The Speaker of the Cross River House of Assembly, Rt. Hon. John Gaul Lebo who also played the role of a panelist at the event thanked the organisers of the programme, stating that it was timely and would not have come at a better time owing to the recent passage of the #NotTooYoungToRun Law by President Muhammadu Buhari.

He said the NotTooYoungToRun law is a good omen and that it’s application would begin from Cross River.

Commenting on the constitutional provisions, eligibility and age of persons to run for elections, the Speaker said the constitution does not stipulate that one is TooOldToRun an election, and urged youths who nurture such perceptions to have a mental fumigation.

He concluded by advicing youths never to run elections to prove a point, but only on personal convictions to make positive and lasting change.

The event climaxed to the presentation of the Mary Slessor Award For Excellence to deserving men and women of the state as appreciation for their contributions in the development of the state; and guests were treated with comedy by one of Calabar’s finest, Last Prophet as well as good poetry by Jim Poet Adie.